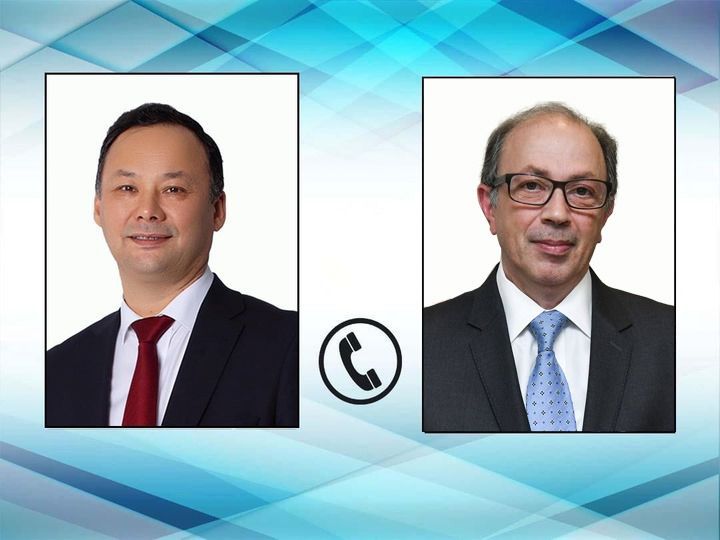 On 4 May 2021, at the initiative of the Armenian side, Kyrgyz Foreign Minister Ruslan Kazakbaev held telephone call with Armenian Foreign Minister Ara Ayvazyan to discuss the events of 28-29 April 2021 at the Kyrgyz-Tajik border.

Minister Kazakbayev noted that to relieve tension in the conflict zone the Kyrgyz side initiated negotiations between representatives of relevant state bodies of the two countries which led to a complete ceasefire and troop withdrawal. Currently, steps are taken on stabilization and monitoring the fulfillment of obligations under the Protocol on the settlement of the armed conflict in the border areas of the Batken region of the Kyrgyz Republic and the Sughd region of the Republic of Tajikistan.

Meanwhile, the Kyrgyz side is taking active efforts on providing humanitarian aid to its citizens that suffered during the conflict.

Minister Ayvazyan expressed his condolences to the people of the Kyrgyz Republic due to human losses as a result of the events and noted with satisfaction the agreements reached between the two countries to prevent further escalation of tensions and extinguish the outbreak of conflict. In this regard, the Armenian side highly appreciated the actions by the leadership of the Kyrgyz Republic and expressed readiness to provide assistance.

The parties also discussed other topical issues on the bilateral agenda and agreed to continue active political dialogue.