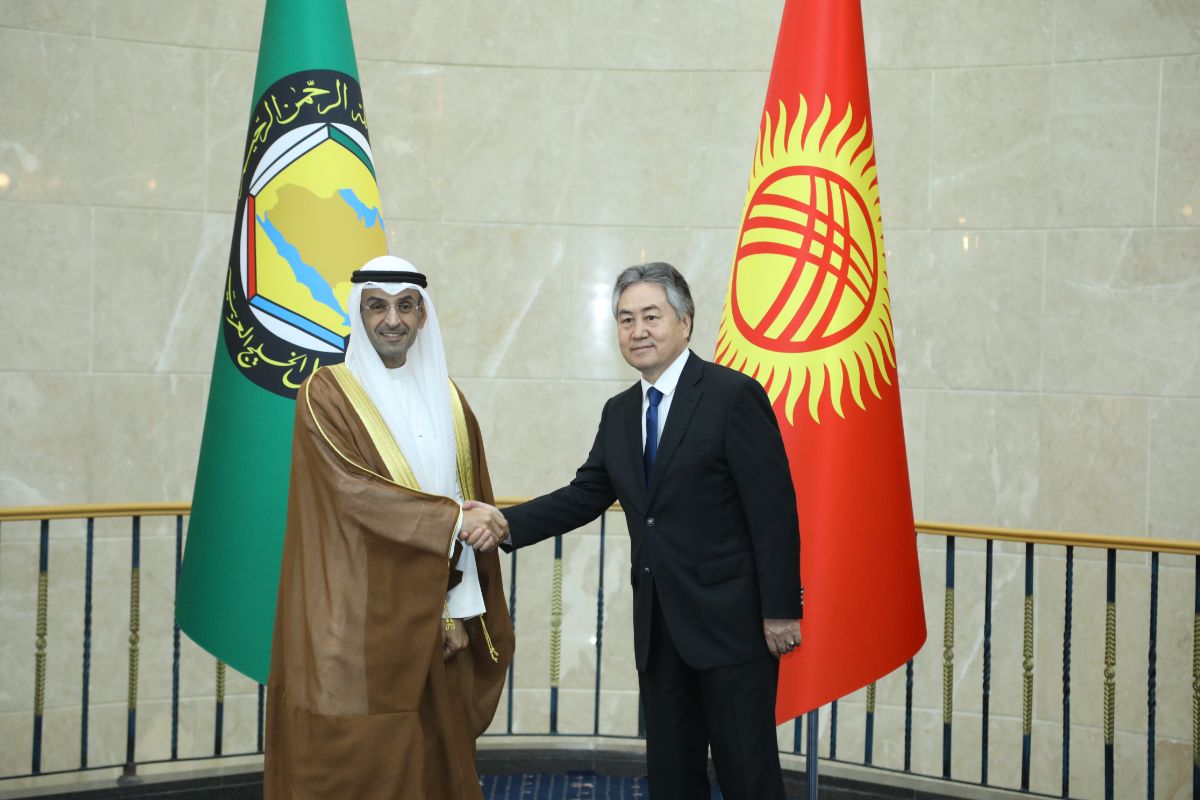 On August 3, 2022, the Minister of Foreign Affairs of the Kyrgyz Republic Zheenbek Kulubaev received the Secretary General of the Cooperation Council for the Arab States of the Gulf (GCC) Dr. Naif Falah Al-Hajraf, who arrived in Bishkek as part of his tour to Central Asia and the Republic of Azerbaijan.

The parties discussed the prospects for cooperation between Kyrgyzstan and the GCC, ways to develop interregional cooperation, exchanged views on topical issues of international agenda and outlined further plans for organizing meetings at the highest and high levels. The need for the development of trade and economic relations, tourism sector, investment, cultural and humanitarian relations between Kyrgyzstan and the GCC member countries was also raised. In addition, the parties discussed issues of international and regional security, including the situation in Afghanistan, Yemen and Ukraine.

As a result of the negotiations, the parties signed a Memorandum of understanding on the mechanism of consultations between the Ministry of Foreign Affairs of the Kyrgyz Republic and the General Secretariat of the GCC, which laid the foundation for further interaction.

At the end of the meeting, the press conference was held, during which Minister J. Kulubaev and Dr. N. Al-Hajraf made statements on the results of the meeting for the media.

For reference: this visit is symbolic as on August 3-4, 2022, the Fourth Round Table of the Arab Coordination Group with the participation of Arab Development Funds is also being held in the city of Cholpon-Ata.