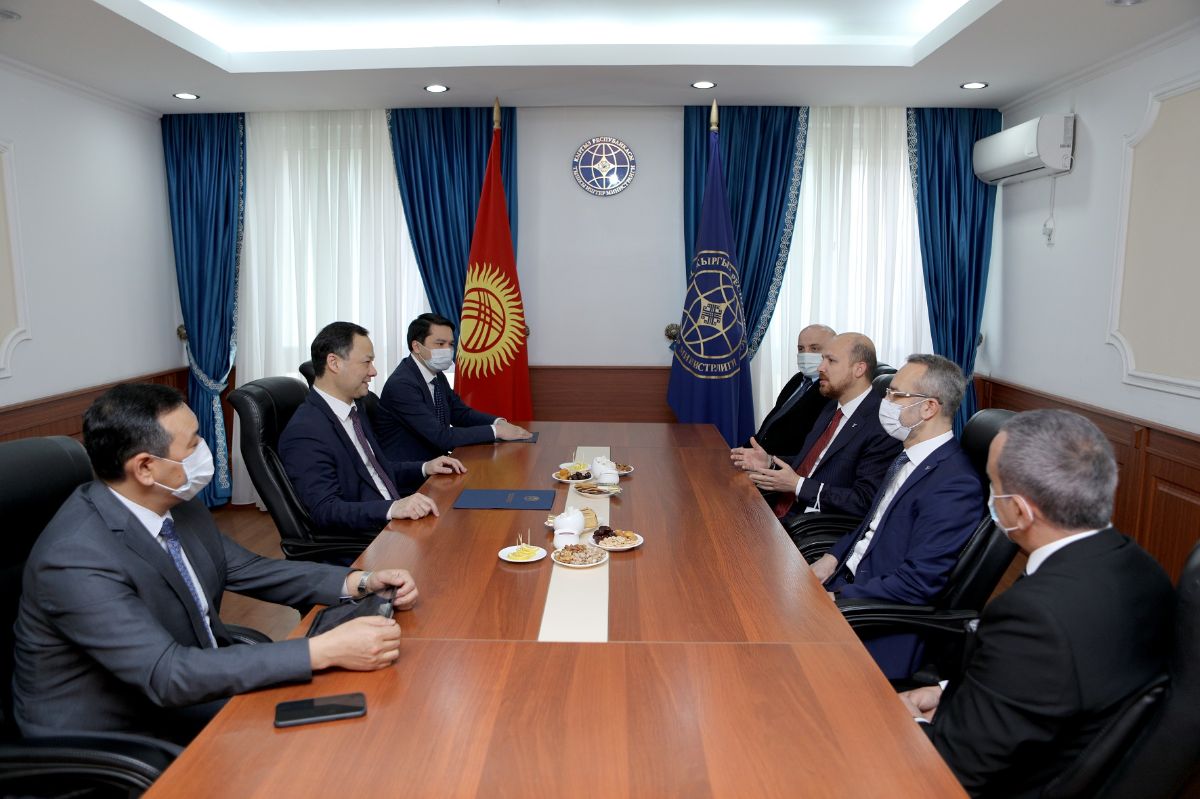 On April 7, 2021, at the Ministry of Foreign Affairs of the Kyrgyz Republic, Minister R. Kazakbaev received the Chairman of the World Ethnosport Confederation B. Erdogan.
During the meeting, the parties discussed ways of developing the World Nomad Games in the near future and the activities planned within the framework of this initiative. Mr. R. Kazakbaev highly appreciated the active multifaceted activity of B. Erdogan to strengthen brotherhood and unity between the Turkic-speaking states.
Mr. B. Erdogan informed about the measures taken by the World Confederation of Ethnosport and the Republic of Turkey on preparations for the IV World Nomad Games in 2022 in Iznik (Turkey). The Kyrgyz side noted the need for the Organizing Committee of the Fourth WNG to take into account the comments and proposals of Kyrgyzstan as a country that successfully held the First, Second and Third World Nomad Games on its territory.
At the same time, R. Kazakbaev, taking into account the positive influence of the VIC on the national unity of the Kyrgyz people, emphasized the expediency of the practice of a one-time transfer of the Games to other countries, which implies the return of the VIC to their homeland - to Kyrgyzstan every 4-5 years. In this regard, the Head of the Ministry of Foreign Affairs of the Kyrgyz Republic spoke in favor of holding the Fifth VIC in Kyrgyzstan in 2024.
In the framework of the meeting, Chairman of the World Confederation of Ethnosport Mr. B. Erdogan announced the readiness of the Confederation to allocate an annual scholarship to train citizens of the Kyrgyz Republic on master's and doctoral programs in the development of sports and physical culture. In addition, Mr. B.Erdogan expressed readiness to hold under auspices of the Confederation an annual festivals of nomads in Cholpon-Ata, Kyrgyzstan.
Also, the parties exchanged views on topical issues on the agenda of the Turkic Council and expressed mutual interest in further deepening cooperation of Kyrgyzstan within the CCTS. In particular, the parties agreed on the advisability of establishing a Turkic Investment Fund in the Kyrgyz Republic.