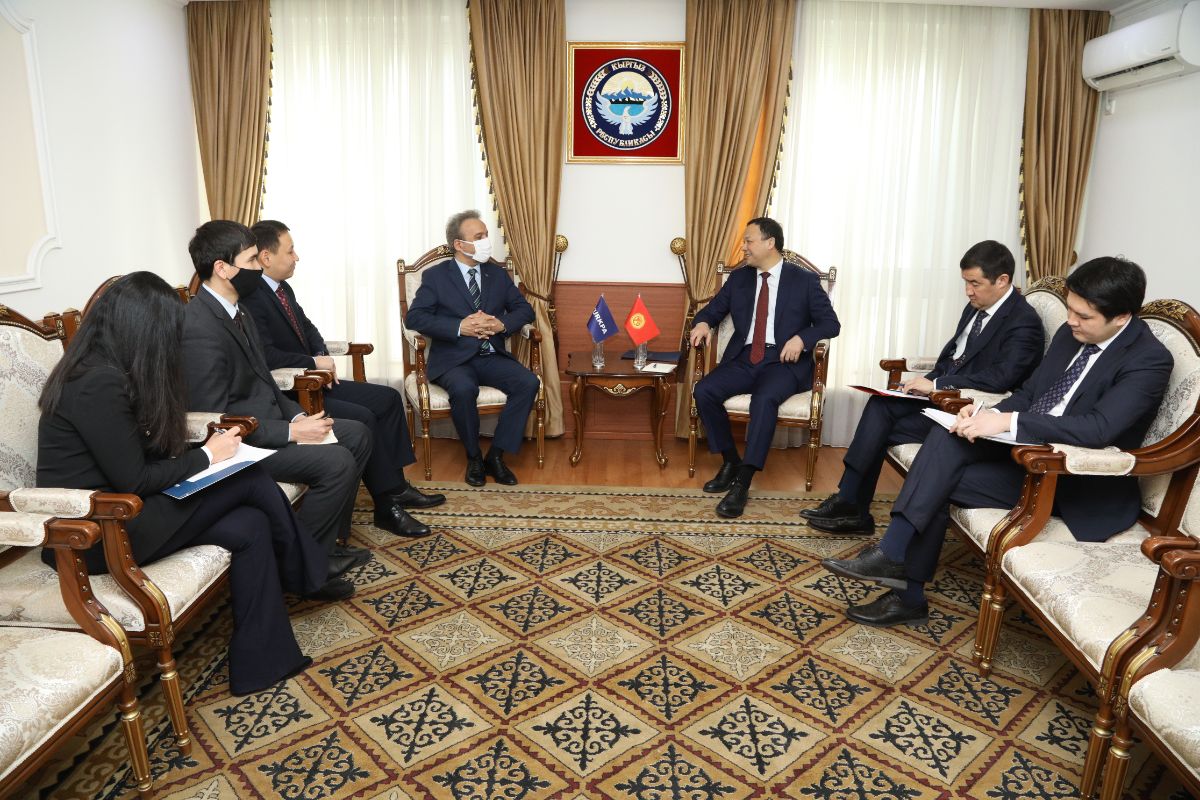 On January 14, 2022, Minister of Foreign Affairs of the Kyrgyz Republic Ruslan Kazakbaev held a meeting with the Secretary General of the Parliamentary Assembly of Turkic Speaking Countries (TurkPA) Mehmet Sureya Er.

During the meeting, topical issues of multilateral cooperation within the framework of the TurkPA were discussed, in addition, mutual intention to further develop relations of friendship and brotherhood between the Turkic-speaking states, including the intensification of interaction in the parliamentary dimension was expressed.

R. Kazakbaev congratulated M. Er on his election to the position of Secretary General of the TurkPA and noted that the Parliamentary Assembly, since its establishment in 2008, has achieved high results as an institution of parliamentary diplomacy of the Turkic-speaking states.

Secretary General of TurkPA M. Er informed Minister R. Kazakbaev about the current international activities of TurkPA and the events planned for 2022, including preparations for the 11th Plenary session of TurkPA in the second half of 2022 in Kyrgyzstan.

The head of the Foreign Ministry noted that in the new conditions of the international situation caused by the coronavirus pandemic, various challenges and security threats, Turkic states should continue purposeful work to unlock the existing potential of Turkic cooperation. He emphasized the importance of expanding the TurkPA through the granting full membership to the parliaments of fraternal Uzbekistan, Turkmenistan and Hungary.