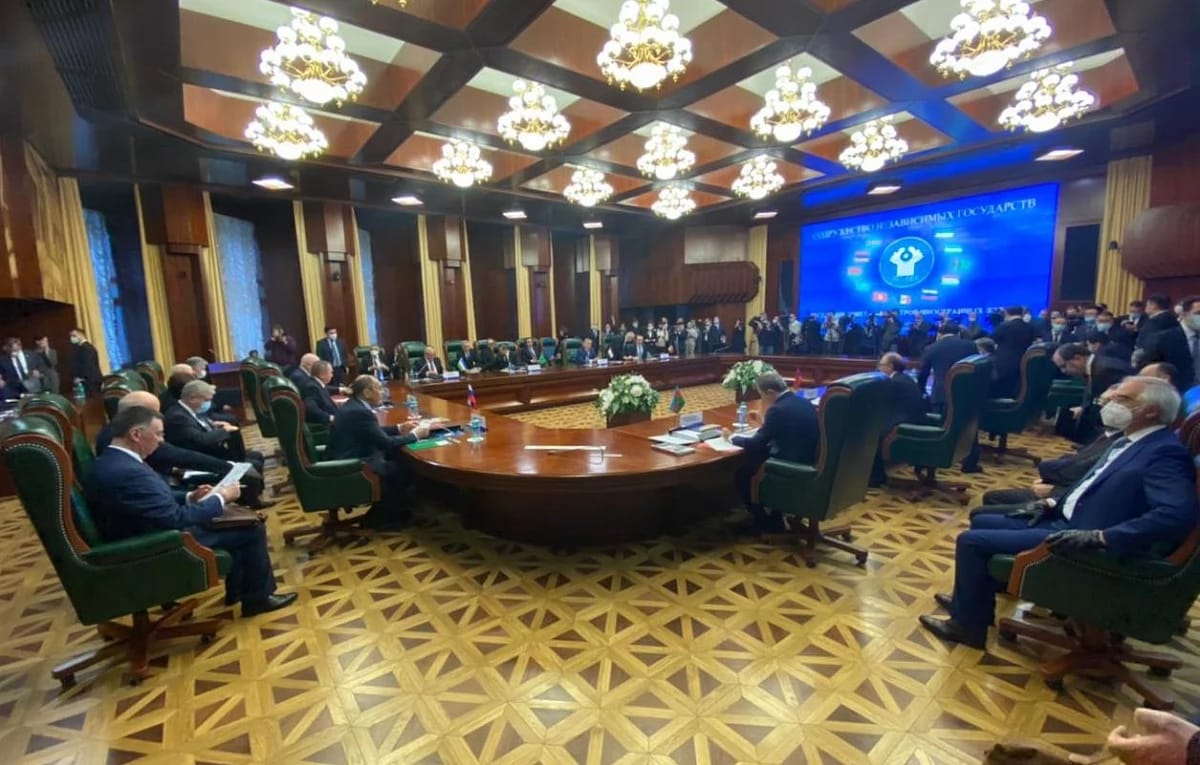 Minister of Foreign Affairs of the Kyrgyz Republic Ruslan Kazakbaev took part in a regular meeting of the Council of Foreign Ministers of the CIS member states, which took place on April 2, 2021 in Moscow.

In his speech, Minister R. Kazakbayev noted that this year is going under the sign of the 30th anniversary of the formation of the CIS and assured that the Kyrgyz Republic is ready to continue to contribute to the preservation of the positive experience of interaction between the Commonwealth member states and the development of multilateral integration.

Emphasizing the urgency of making efforts to minimize the consequences of the pandemic, R. Kazakbayev called for joined maintaining the pace of mutual trade and ensuring unhindered transit of cargo, resuming regular flights and creating conditions for free movement of labor in the Commonwealth space.

The next meeting of the Council of CIS Foreign Ministers is planned to be held on October 14, 2021 in Minsk, Republic of Belarus.