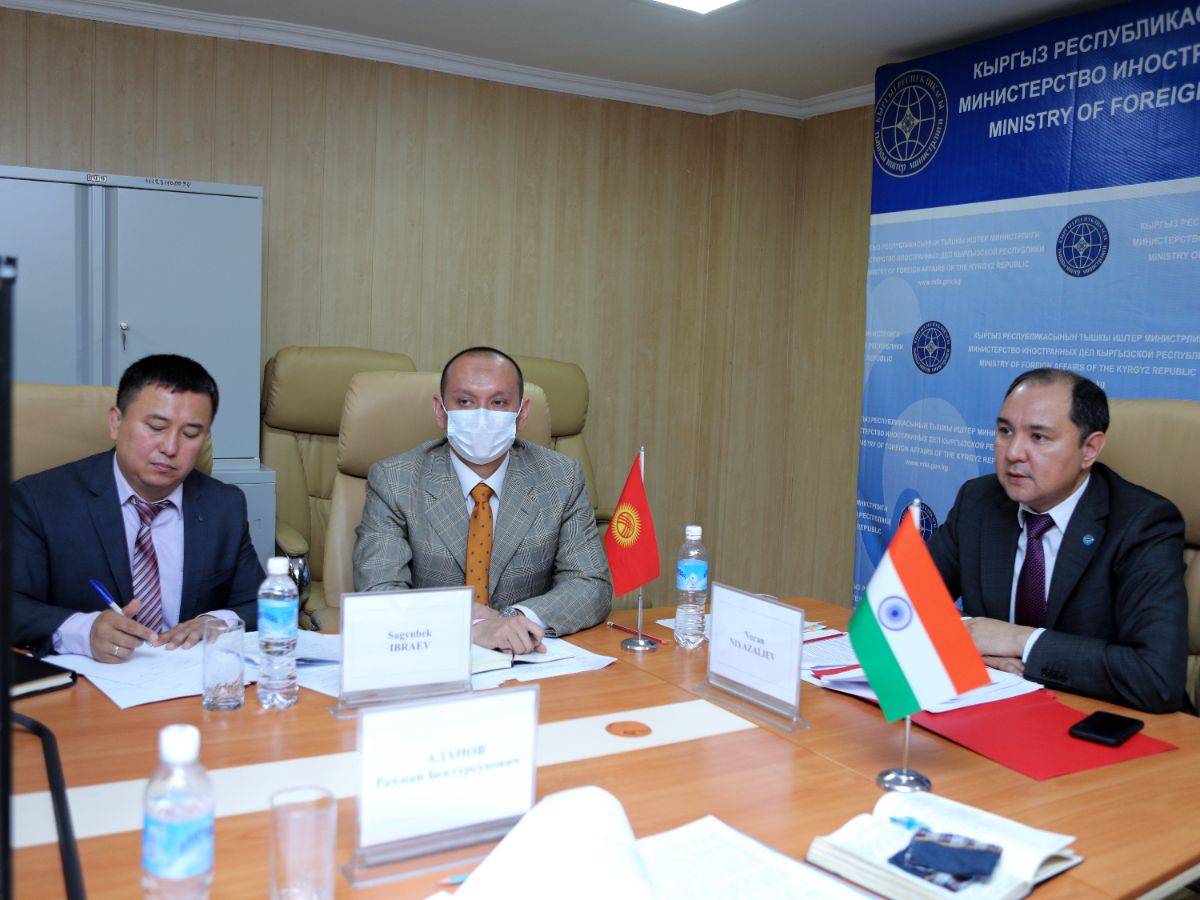 On June 16, 2021, inter-ministerial Kyrgyz-Indian political consultations were held at the level of the Deputy Foreign Ministers of the Kyrgyz Republic Nuran Niyazaliev and the Republic of India Vikas Swarup.

During the consultations, the Parties discussed a wide range of issues of bilateral cooperation, including in the political, trade, economic, military, cultural and humanitarian spheres, as well as consular issues. Special attention was paid to attracting investments, implementing projects for grant funds, expanding the Telemedicine project, resuming a joint Kyrgyz-Indian educational IT center in Bishkek, holding a regular meeting of the Intergovernmental Commission on Trade, Economic, Scientific and Technical Cooperation in Kyrgyzstan.

The parties stressed the need to deepen political contacts between the two countries by continuing the exchange of mutual visits at the highest and high levels.

The issues of cooperation within the framework of international and regional organizations have also been considered, there was an exchange of views on topical international issues of mutual interest during the negotiations.