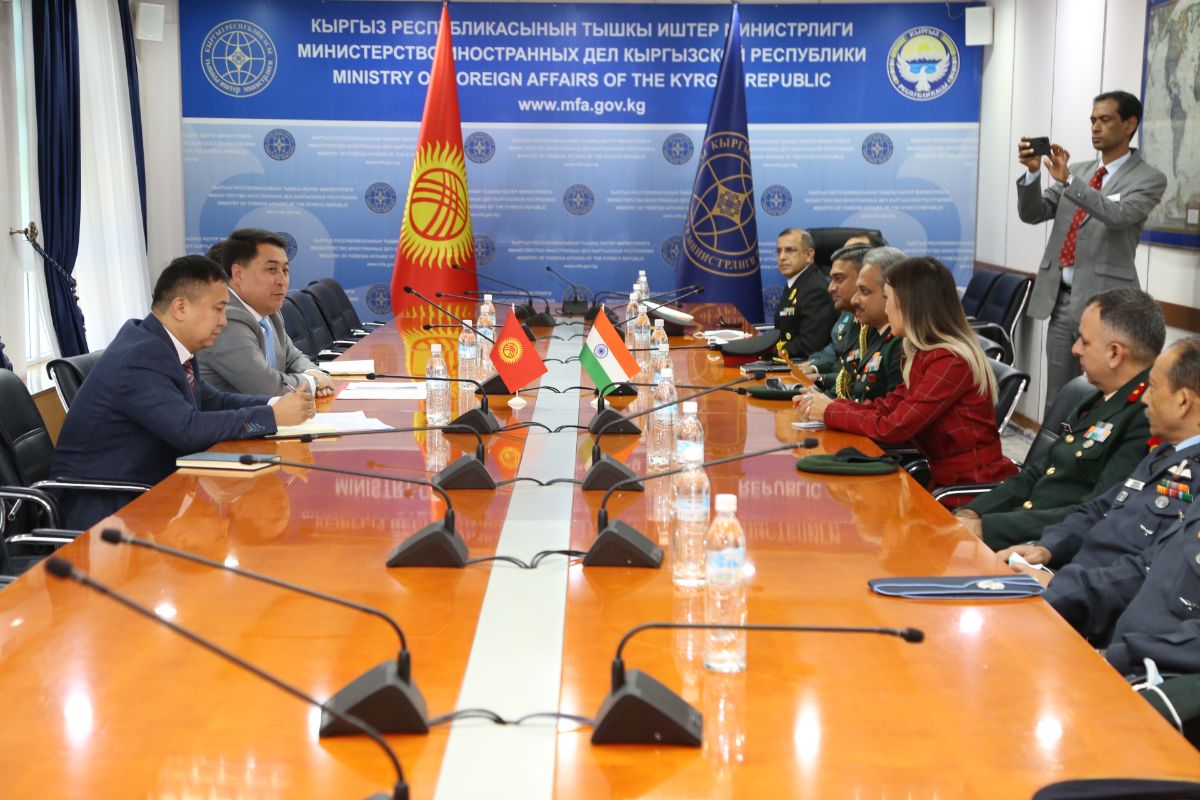 On October 13, 2021, the Deputy Foreign Minister of the Kyrgyz Republic Aibek Artykbaev received a delegation from the National Military College of India headed by Major General Suresh Kumar that included the officers from the UK, Nepal, Kazakhstan and Indonesia.

During the meeting, Deputy Minister A.Artykbaev noted that the issues of ensuring regional security and stability, especially against the background of the situation in Afghanistan, are one of the main priorities of the foreign policy of Kyrgyzstan and India. It was reported that the Kyrgyz Republic stands for the early establishment of peace, tranquility and stability in Afghanistan.

Touching upon the issues of bilateral military-technical cooperation, A.Artykbaev stressed that cooperation between Kyrgyzstan and India in the field of security and the military sphere is effectively developing both on bilateral and multilateral formats. The hope was expressed that visits of this kind would undoubtedly contribute to the further strengthening of cooperation between the countries in the military-technical sphere.

Major General S.Kumar, noting the important role of Kyrgyzstan in strengthening regional security and stability, expressed gratitude on behalf of the delegation for organizing a warm welcome.