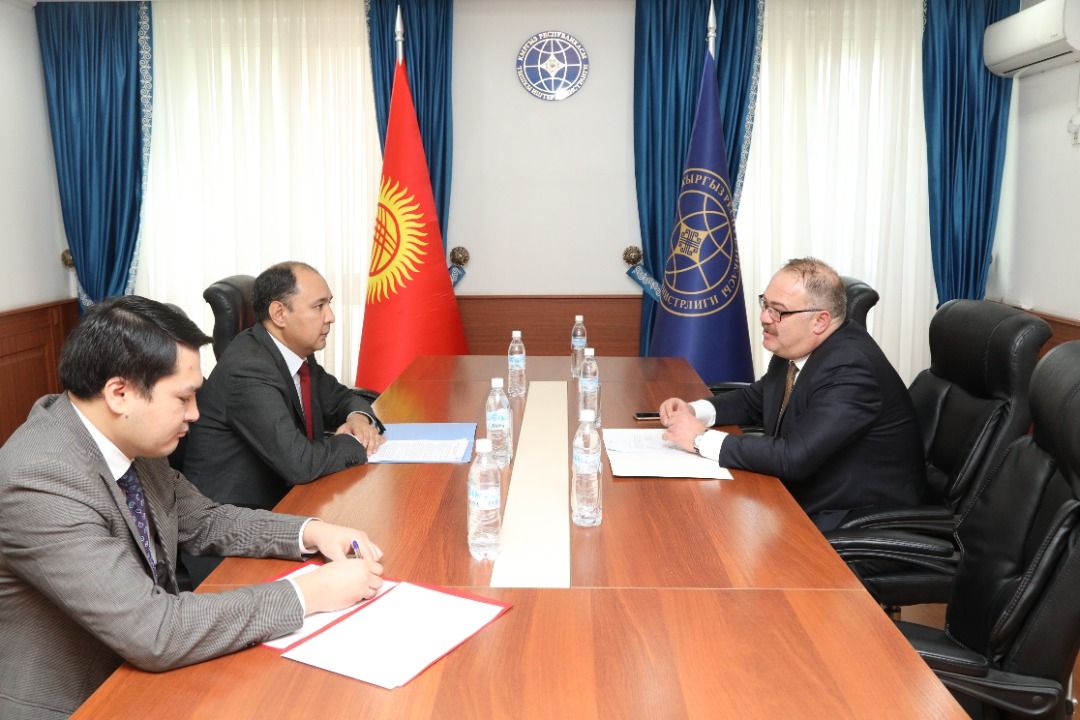 During the meeting, issues of implementation of the agreements reached following the results of the 10th meeting of the Kyrgyz-Turkish Intergovernmental Commission on Economic Cooperation, held on September 10 this year in Bishkek, were discussed. N.Niyazaliev, in order to comprehensively develop strategic cooperation between the Kyrgyz Republic and the Republic of Turkey, noted the particular importance of timely implementation of the items of the Action Plan adopted following the results of the mentioned event.

The parties considered the issues of the current agenda of the Kyrgyz-Turkish cooperation, outlined the priority areas of bilateral cooperation. Particular attention is paid to cooperation in the field of migration, ensuring favorable conditions for the citizens of the two countries, as well as strengthening the export and investment potential. Agreements were reached on organizing bilateral meetings for the active development of cooperation in the political, trade, economic, cultural and humanitarian spheres.