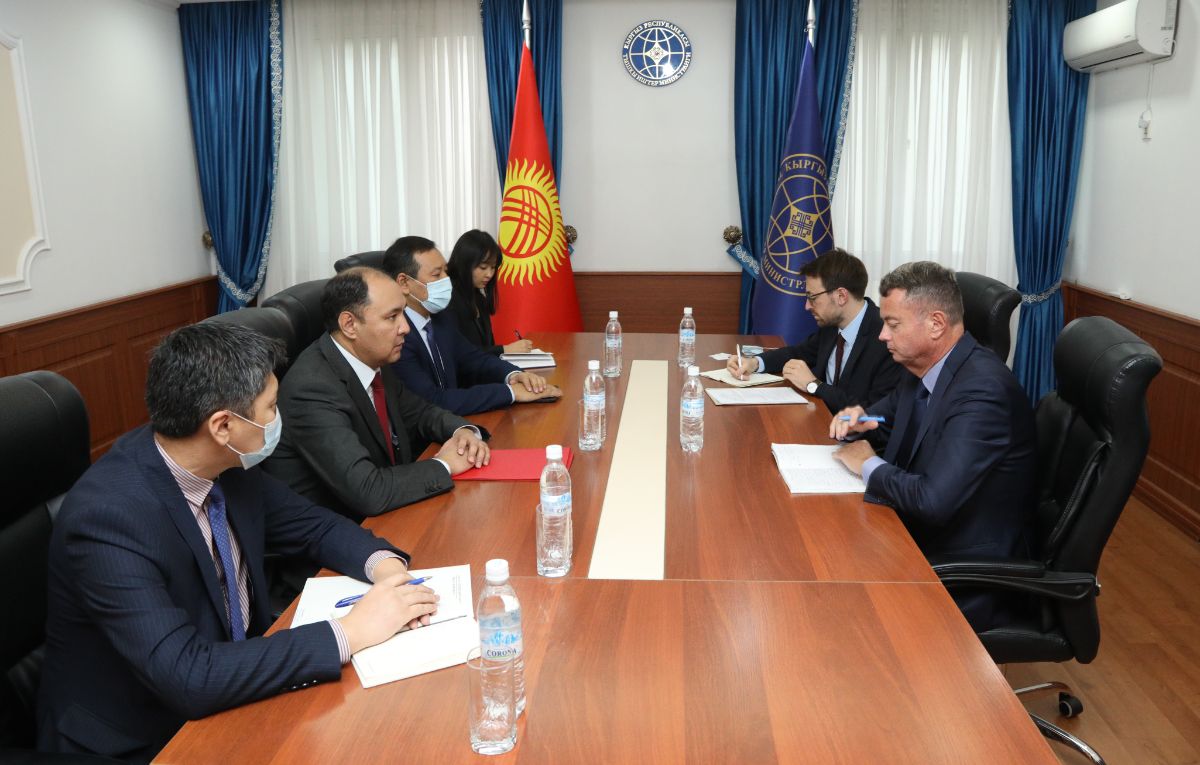 On October 22, 2021, Nuran Niyazaliev, First Deputy Minister of Foreign Affairs, Foreign Trade and Investment of the Kyrgyz Republic, held a briefing for the heads of the diplomatic missions of the French Republic and the Federal Republic of Germany in the Kyrgyz Republic.

During the meeting, the First Deputy Minister informed about the preparation of the First European Union-Central Asia Economic Forum, which on November 5, 2021, will gather in Bishkek high delegations from EU institutions, EU and Central Asian countries, as well as representatives of business circles of the two regions.

N. Niyazaliev stressed that the Forum will become a new economic platform for the countries of the European Union and Central Asia, which will strengthen cooperation in such sectors as trade, investment, digitalization and the green economy.