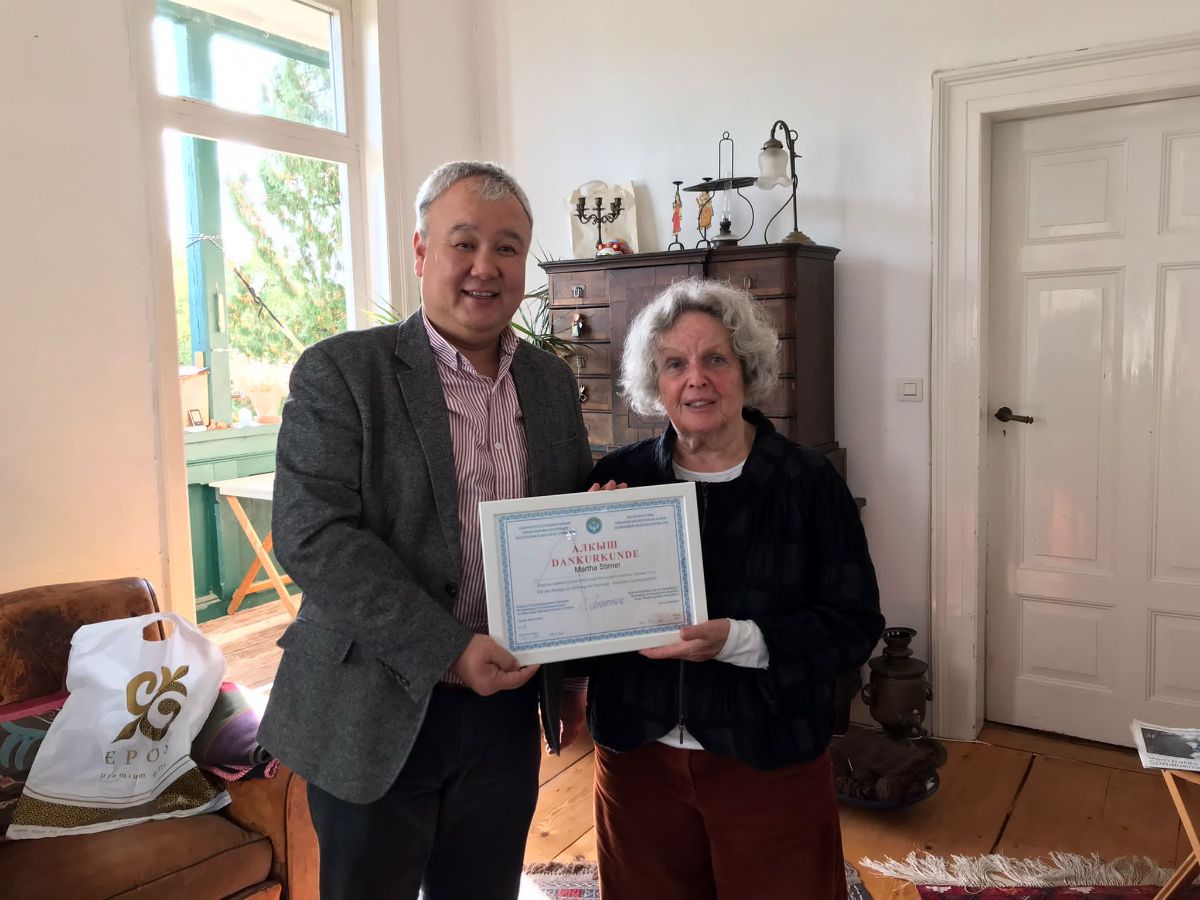 The Consul of the Consular Agency of the Kyrgyz Republic in Frankfurt-am-Main met on October 20, 2021 in Tübingen (federal state of Baden-Württemberg) with a German citizen Martha Stirner, who is implementing a project to support and patronize a kindergarten in the village of Tamchy, Issyk-Kul region of Kyrgyzstan , which brings up 230 children from 3 nearby villages.

The support for the kindergarten also includes assistance to an orchard located right next to the village of Tamchy on an area of ​​1 hectare, for which Marta Stirner collects funds from donations and is used to buy seedlings, irrigate them, install a fence, economic infrastructure, and etc.

Since March 2021, about 460 seedlings of cherry, apricot, pear and apple trees have been planted in the orchard. Vegetables are planted between trees in the square. The harvested crop is used for the children of the above-mentioned kindergarten, and the surplus is sold at the bazaar and the proceeds from this are also spent on the needs of the kindergarten.

Marta Stirner in the 90s of the last century, at the dawn of independence of our country, lived and worked in Kyrgyzstan, teaching German and organizing refresher courses for Kyrgyz teachers of the German language. Since then, she has had many friends and acquaintances in Kyrgyzstan. In 2019 Marta Stirner organized a trip to Kyrgyzstan for her former teacher colleagues from Germany. After about 20 days of traveling around Kyrgyzstan, fascinated by the beauty of nature and hospitality of the Kyrgyz people, it was decided to create a public association "Friends of Kyrgyzstan" in Tubingen, which already includes more than 2 dozen citizens of Germany and our country. The main goal of the creation of the Friends of Kyrgyzstan association in Tübingen was precisely to support the kindergarten in the village of Tamchy, including through financing the orchard of this village.

During the meeting, the Kyrgyz consul, expressing sincere gratitude, presented Marta Stirner with a letter of gratitude on behalf of the Ambassador of the Kyrgyz Republic to Germany Erlan Abdyldaev for her significant contribution to the development of cooperation between the Kyrgyz Republic and the Federal Republic of Germany. It was also noted that this socially significant project in the Tamchy village of the Issyk-Kul region of Kyrgyzstan could definitely be an example to follow for Kyrgyz people who have certain resources, both abroad and in Kyrgyzstan itself, as well as many public diaspora associations of Kyrgyz people abroad. , so that such mini-projects of a social and humanitarian nature in the future would be implemented throughout the territory of our country.