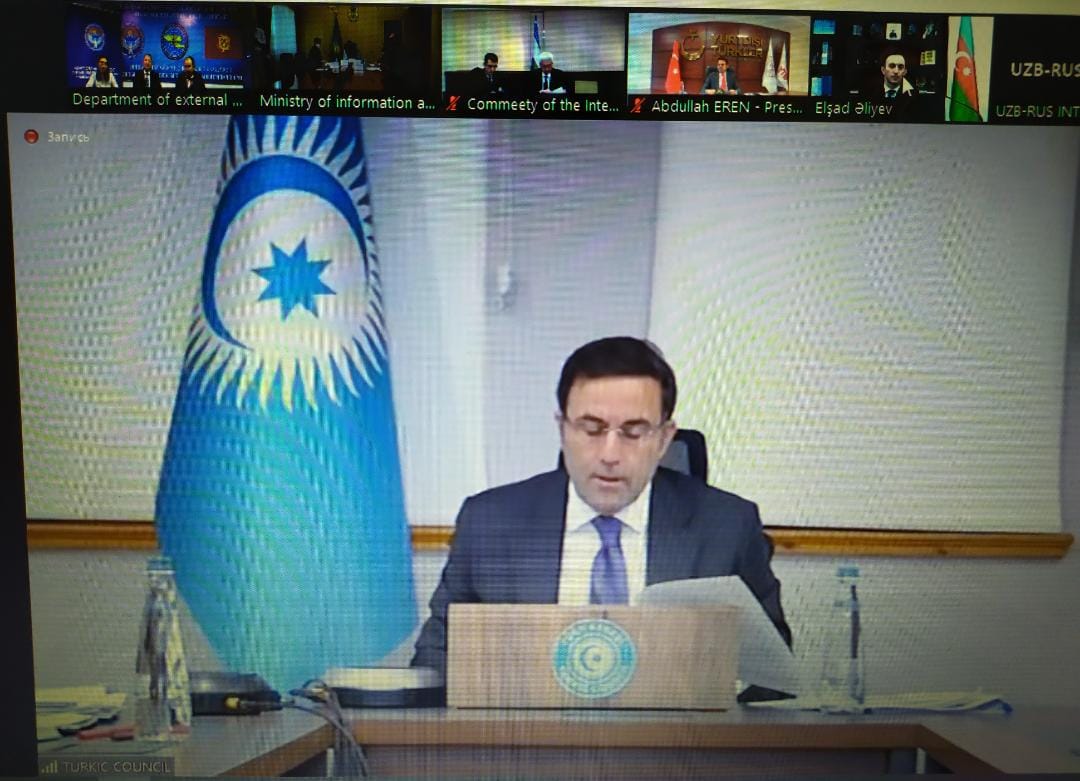 On November 8-19, 2021, the Director of the Department of External Migration under the Ministry of Foreign Affairs of the Kyrgyz Republic Tashtanbek Kaymazarov took part in the fourth meeting of the heads of institutions for the diasporas of the Turkic states in an online format. An important event such as the transformation of the Turkic Council into the Organization of Turkic States was noted at the meeting, adopted by the Heads of Turkic States within the framework of the 8th Summit, held on November 12, 2021 in Istanbul.

The meeting approved the further Action Plan of the leaders of the diasporas of the Organization of Turkic States for 2022-2023. This Action Plan includes the cooperation of state institutions on diasporas, as well as the active involvement of Turkic-speaking diaspora organizations in events with the aim of preserving national identity, ethnic and spiritual identity, strengthening and developing multifaceted cultural and economic ties between the Turkic states.

Within the framework of the meeting, the Kyrgyz side proposed holding the fifth meeting of the heads of state institutions for work with the diasporas of the Turkic states in the Kyrgyz Republic in the second half of 2022.