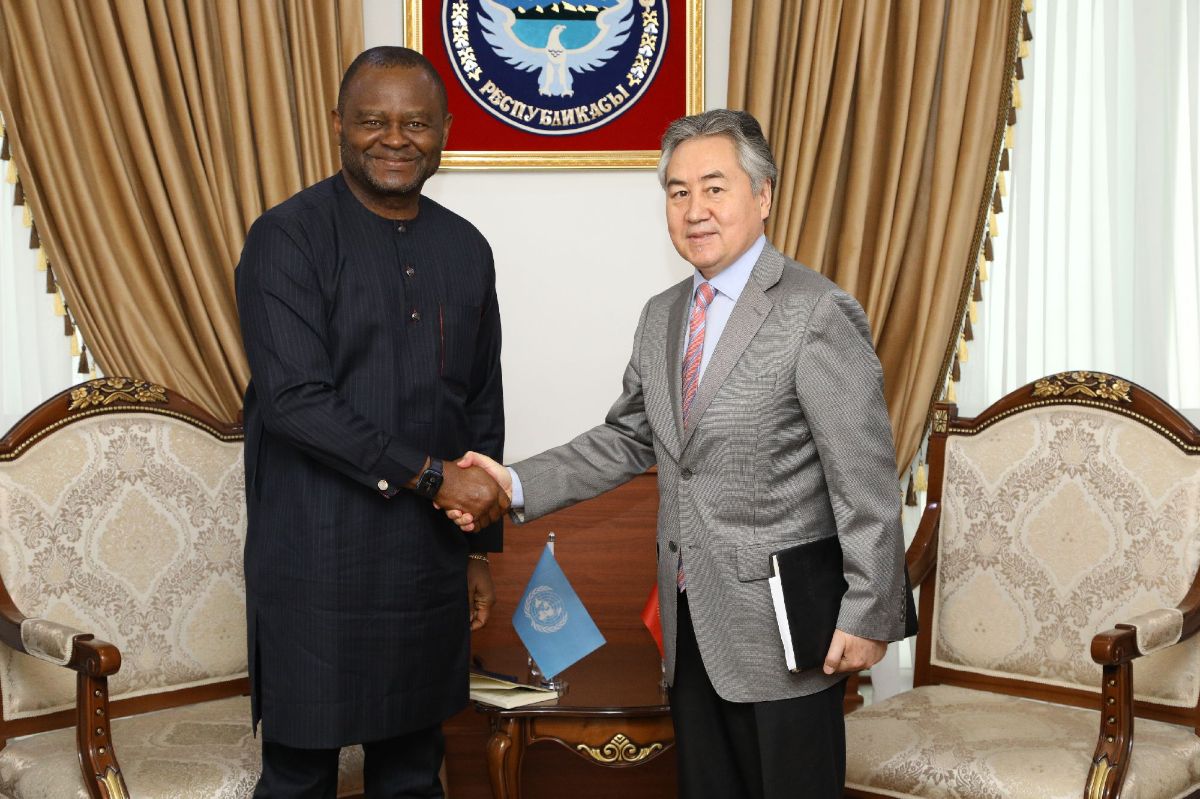 Minister noted that Ozonnia Ojielo is the first separate Resident Coordinator of the UN system in the Kyrgyz Republic. Despite of difficulties he managed to build the mechanism of interaction between the UN agencies and their cooperation with the authorities of Kyrgyzstan. He appreciated Ojielo for the assistance of the UN agencies to the socio-economic development of the country particularly during COVID-19 pandemic and after the political crisis of October 2020.

Resident Coordinator noted that all his efforts were dedicated to supporting the Government of the Kyrgyz Republic, its public authorities and the people living in the country. During his mission in Kyrgyzstan there were difficult times, challenges and problems. United Nations system made its best to be flexible and effectively respond to the newly emerging complexities. Meantime he appreciated all his partners in Kyrgyzstan, particularly Ministry of Foreign Affairs of the Kyrgyz Republic for continued support to the activities of UN agencies in the country.

At the end of the meeting Minister Kulubaev presented Ozonnia Ojielo the memorial gift of the Ministry of Foreign Affairs of the Kyrgyz Republic.