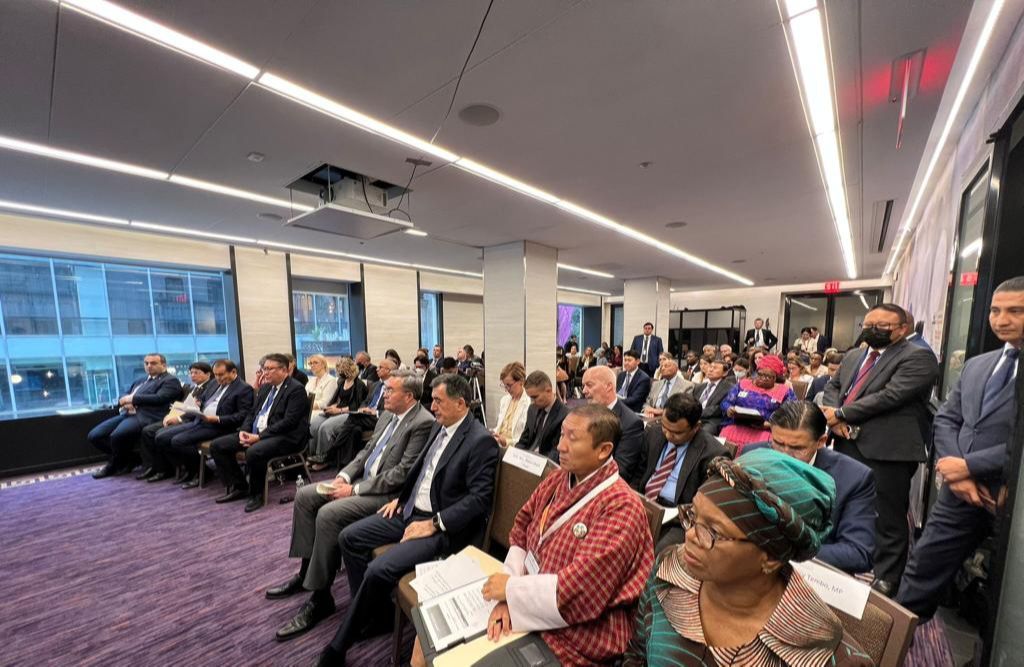 The delegation of the Kyrgyz Republic organized High-Level Meeting on Sustainable Mountain Development on the eve of the 77th session of the United Nations General Assembly on 19 September 2022 in New York. This event had been conducted to unite the efforts of mountain countries to advocate the mountain agenda in the international arena.

High delegates from such United Nations Family agencies as the World Bank, UNEP, UNDP, UNIDO as well as other international organizations were also represented at the Meeting. They promised their full support for advocating the interests of mountain countries in the international arena. This support was also expressed by the United Nations Deputy Secretary General Amina Mohamed and Director General of the UN Food and Agriculture Organization Qu Dongyu.

High-Level Meeting is one of the most important events within the International Year of Sustainable Mountain Development declared by United Nations last year at the initiative of the President of the Kyrgyz Republic H.E.Mr.Sadyr Zhaparov. It was conducted to support a draft resolution of the 77th session of the United Nations General Assembly declaring 2023-2027 as the “Five Years of Action for the Development of Mountain Regions”. Within the next Five Years, the Kyrgyz Republic will be promoting a wide range of initiatives dedicated to the environment, disaster risk management, development of health care in mountain countries as well as sustainable access of mountain communities to electricity, education, science, and culture.