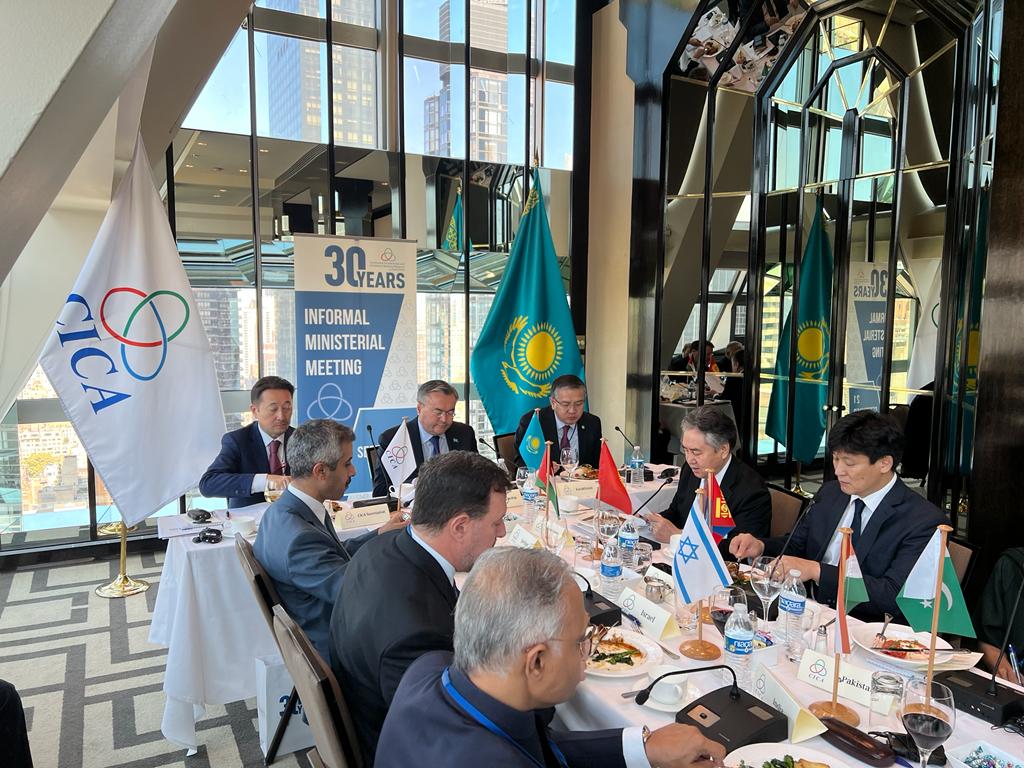 The meeting participants exchanged views on the draft final documents of the upcoming Sixth CICA Summit, which will be held on October 12-13, 2022 in Astana.

Taking into account the 30th anniversary of the CICA this year, as well as the efforts of Kazakhstan to strengthen the CICA, Minister Zh.Kulubaev noted that Kyrgyzstan supports the priorities of Kazakhstan's CICA Chairmanship, including efforts aimed at institutional development of the Meeting in particular, the launch of the CICA transformation process, the creation of the CICA Fund, cooperation in the field of security of information and communication technologies and their use.

Kyrgyzstan, in the context of the interaction of the forum, contributes to the further strengthening of regional economic cooperation and expresses its readiness to develop effective integrated approaches within the framework of the CICA to effectively counter new challenges and threats.

Minister Zh.Kulubaev welcomed the decision of Kazakhstan to continue the mission of chairmanship in the CICA for 2022-2024 and expressed confidence that the chairmanship of Kazakhstan in the CICA will expand cooperation between member states, increase the status of the forum in the international arena, and also play a positive role in stimulating economic development and security cooperation in the Asian region.