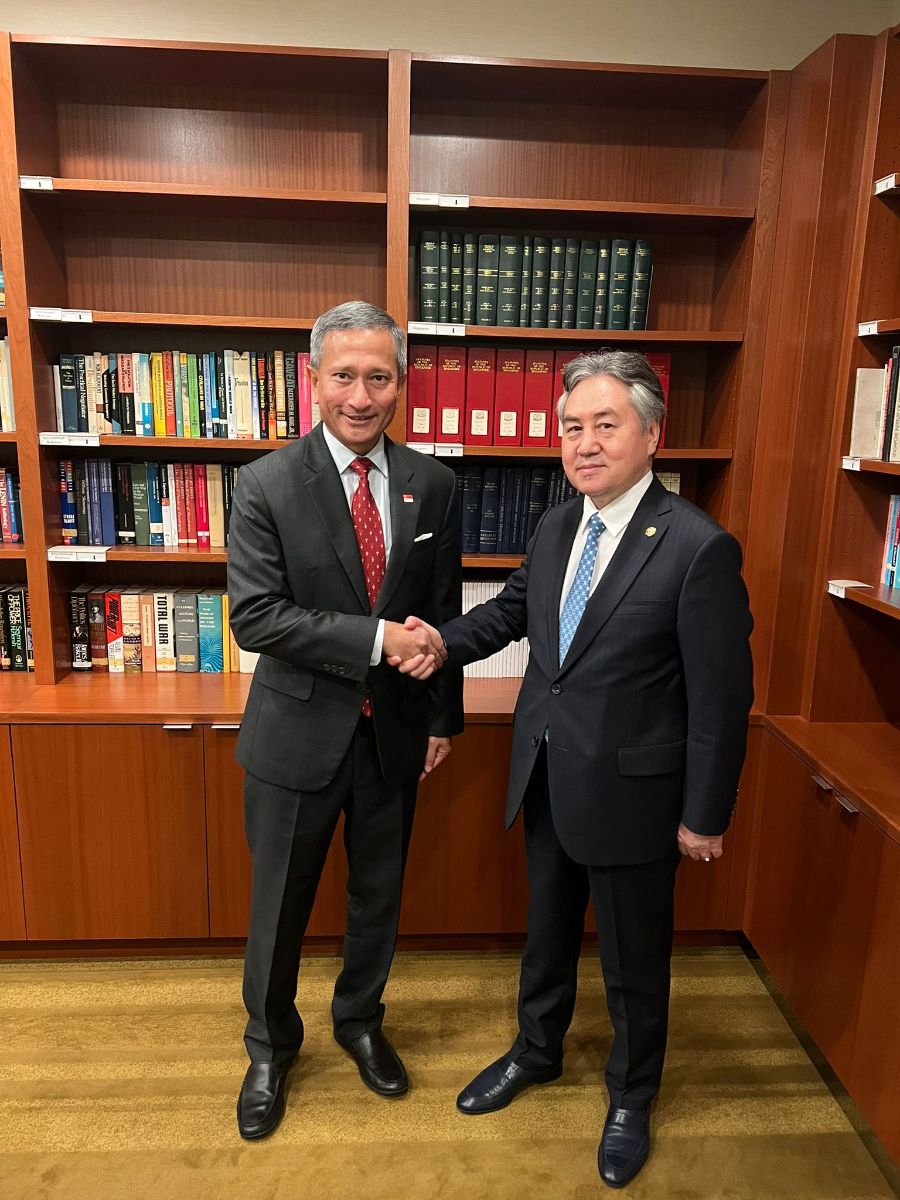 Both sides congratulated each other on the 30th anniversary of the establishment of diplomatic relations between the two countries. It was emphasized that the signing of a Free Trade Agreement with Singapore in 2019 opened up new opportunities for trade and investment to the countries of the Eurasian Union, including between Kyrgyzstan and Singapore.

The sides also exchanged views on strengthening Kyrgyz-Singapore relations, enhancing cooperation in the field of trade and investment, tourism, as well as expanding the legal framework.

Minister Zh.Kulubaev noted that currently in Kyrgyzstan, the emphasis in the development of the country is on "green" development, innovative, digital and creative economy. The Kyrgyz side is interested in developing cooperation with Singapore in the field of ecology, digitalization, human development and the fight against corruption.

Regarding the multilateral cooperation, the initiatives promoted by the sides within the framework of the UN were discussed.

The meeting was held in a friendly atmosphere.