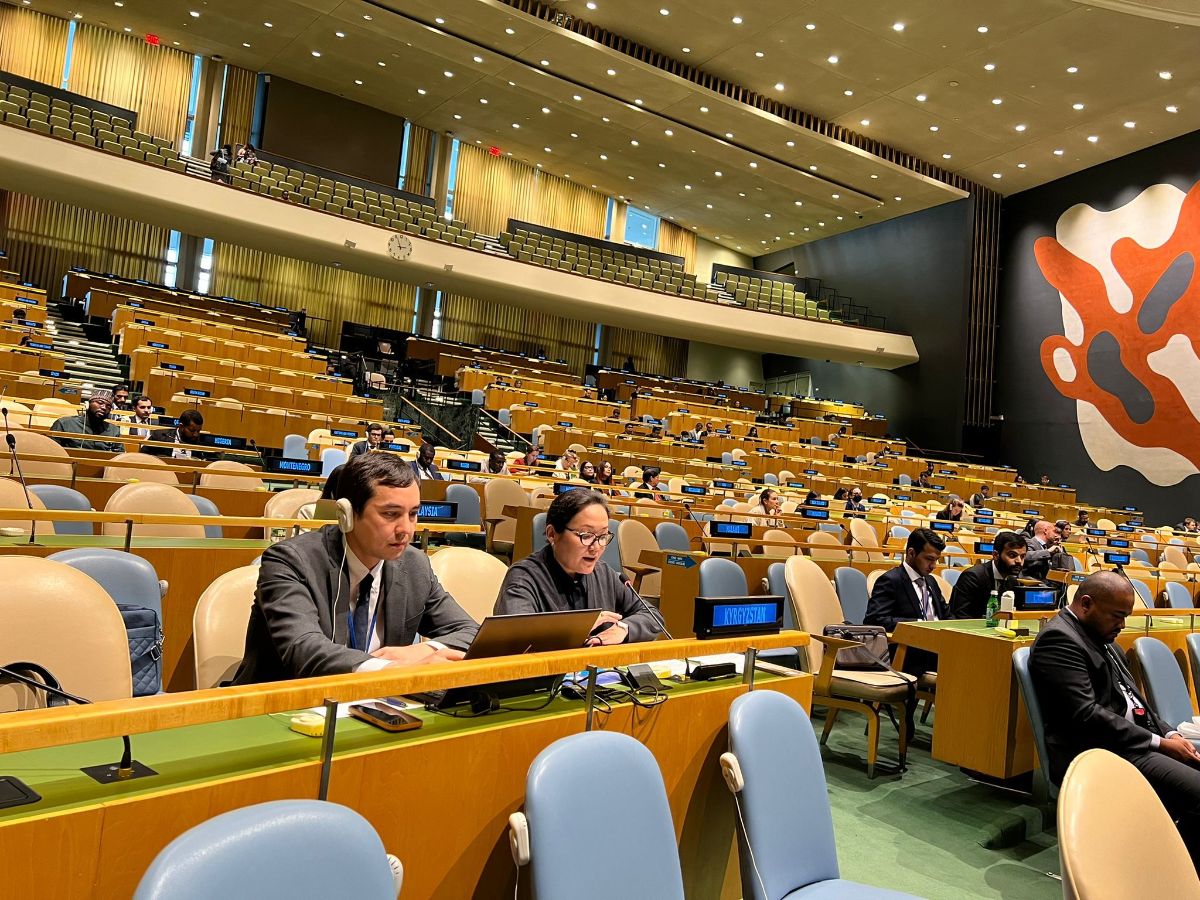 The delegation of Kyrgyzstan exercised the right to reply to the statement made by the delegation of Tajikistan on Saturday, September 24, 2022, in which the Tajik side presented everything in a favorable way. It was also predictable in advance that Tajikistan does not admit its guilt in armed aggression against our country and tries to shift all the blame on us.

The Kyrgyz side noted that the conflict that took place from September 14 to 17 of this year is a pre-planned military aggression of Tajikistan against Kyrgyzstan. Tajikistan violated basic international principles, such as the territorial integrity, the inviolability of frontiers, the peaceful settlement of disputes, the non-use of or the threat of force, the respect of human rights and freedoms, enshrined in the UN Charter and other international documents.

As a result of the unprovoked and unjustified aggression of Tajikistan using armed forces and heavy military equipment, 62 citizens of Kyrgyzstan were killed, about 200 were injured, including 13 children, 14 women and 171 men. 140 thousand people were evacuated from their permanent residence and forced to become internally displaced persons.

In this regard, the Kyrgyz side believes that Tajikistan's unfounded accusations against Kyrgyzstan are an attempt to shift responsibility and blame on to Kyrgyzstan. The Tajik side launched a campaign of disinformation to the international community in order to discredit the defensive actions of the Kyrgyz Republic. Kyrgyzstan has all the evidence (photos and videos) of the beginning of the aggression and crimes of the Tajik military on the territory of the Kyrgyz Republic.

The information that Kyrgyz Republic arbitrarily seized the lands belonging to Tajikistan is also part of unleashing disinformation on the part of neighboring country. Unlike our neighbors, we have never had the goal of seizing foreign territories, but " never give a centimeter of our land to anyone."

The mention that Kyrgyzstan hides its troops and military equipment in populated areas has only a misleading purpose. In this regard, the responsibility for further tensions on the border will lie solely with Tajikistan.

Despite the second aggression of Tajikistan, Kyrgyzstan is convinced that all border and internal issues should be resolved at the negotiating table, and there is such a will and readiness on the Kyrgyz side.