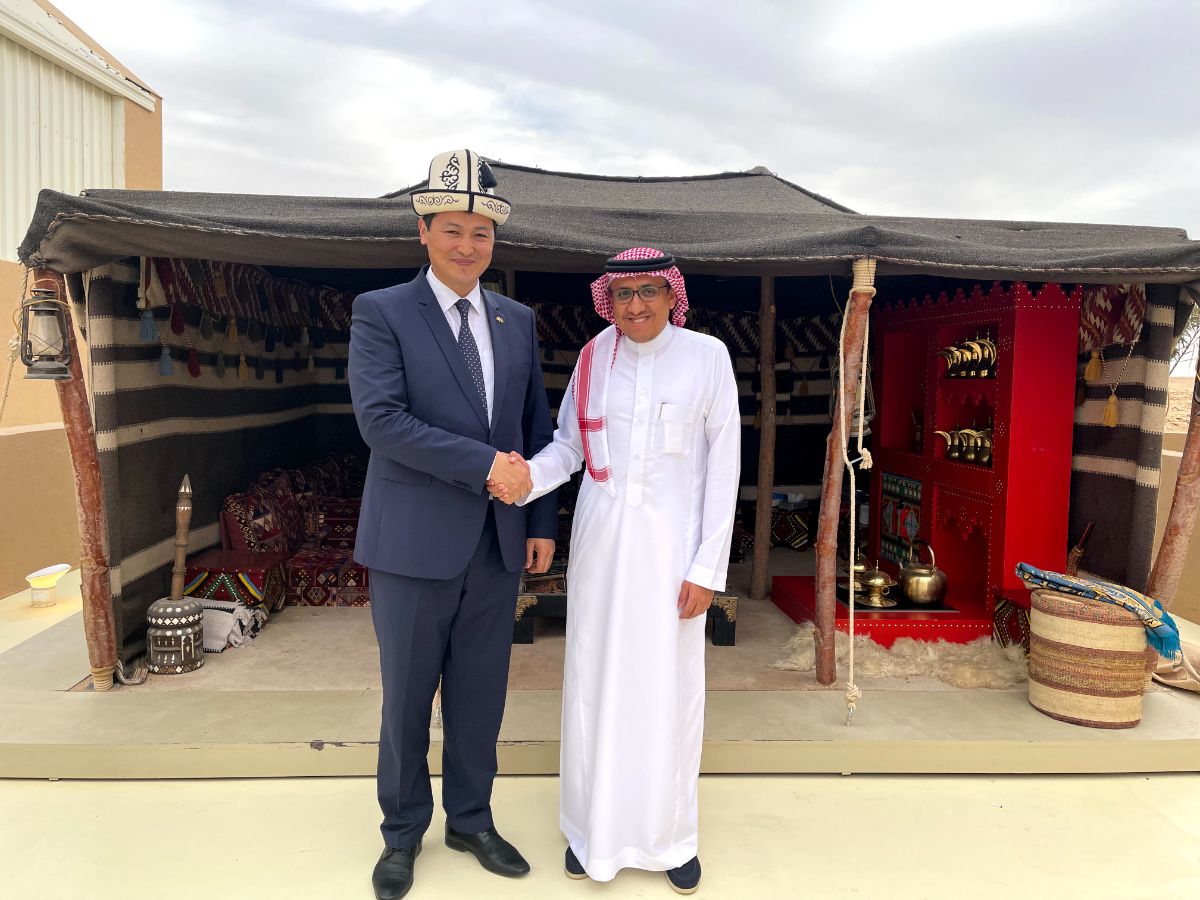 During the meeting, the parties discussed the state and prospects for cooperation between the Kyrgyz Republic and Saudi Arabia in the cultural and humanitarian sphere.

In particular, the parties discussed the possibility of mutual holding days of culture and cinema of the Kyrgyz Republic and Saudi Arabia, organizing a joint International Youth Forum with the participation of cultural figures from Central Asian countries and the exchange of creative delegations.

The parties confirmed their mutual interest in further expanding cooperation in the cultural and humanitarian sphere, as well as in accelerating the signing of an Agreement on cultural cooperation between the ministries of the two countries.

At the end of the meeting, Ambassador U. Maripov invited Fahad Al-Kanaan to visit the Kyrgyz Republic at any convenient time.