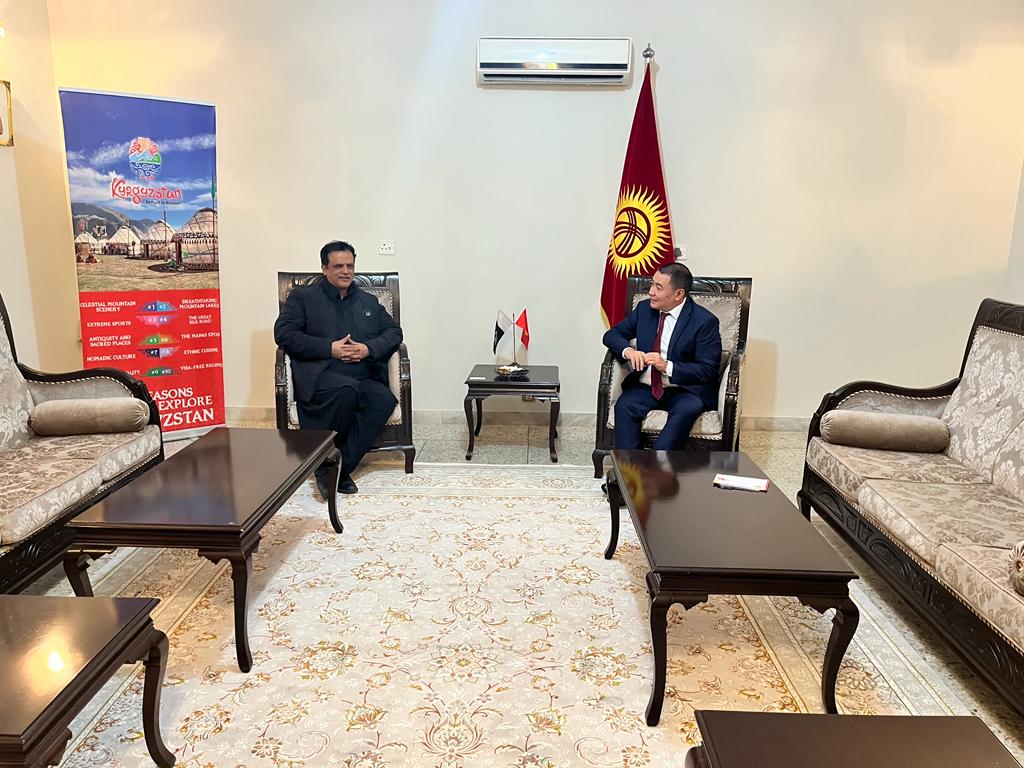 On November 18, 2022, the Ambassador Extraordinary and Plenipotentiary of the Kyrgyz Republic to the Islamic Republic of Pakistan H.E. Mr. Ulanbek Totuiaev met with the Director of the International Special Economic Zone of Pakistan Mr. Mohammad Tauseef Zaman.

During the conversation, the parties exchanged views on the development of trade-economic and investment cooperation between Kyrgyzstan and Pakistan. In particular, they discussed the prospects for diversifying and increasing the volume of mutual trade, opening joint ventures, as well as building up cooperation in the fields of education and tourism.

Ambassador U.Totuiaev expressed satisfaction with the fact that, following the results of the Kyrgyz-Pakistani trade and investment forum held in April 2022, the visits of the representatives of the International Special Economic Zone of Pakistan to Kyrgyzstan were organized in June and November of this year, and the Agreement was signed between the Free Economic Zone “Bishkek” and the International Special Economic Zone of Pakistan on opening a representative office in Kyrgyzstan.

In this context, he noted the importance of the successful implementation of joint initiatives and projects, such as the opening of a call center and a logistics center for the development of mutual trade, the construction and modernization of resort and recreation facilities on the coastline of the Lake Issyk-Kul, investment in the construction of hydropower facilities, as well as the creation of joint textile productions on the territory of the Kyrgyz Republic.

In his turn, M.T. Zaman, noting the successful establishment of ties with the Kyrgyz Republic in many areas, announced his readiness for the practical implementation of the plans in the nearest future.