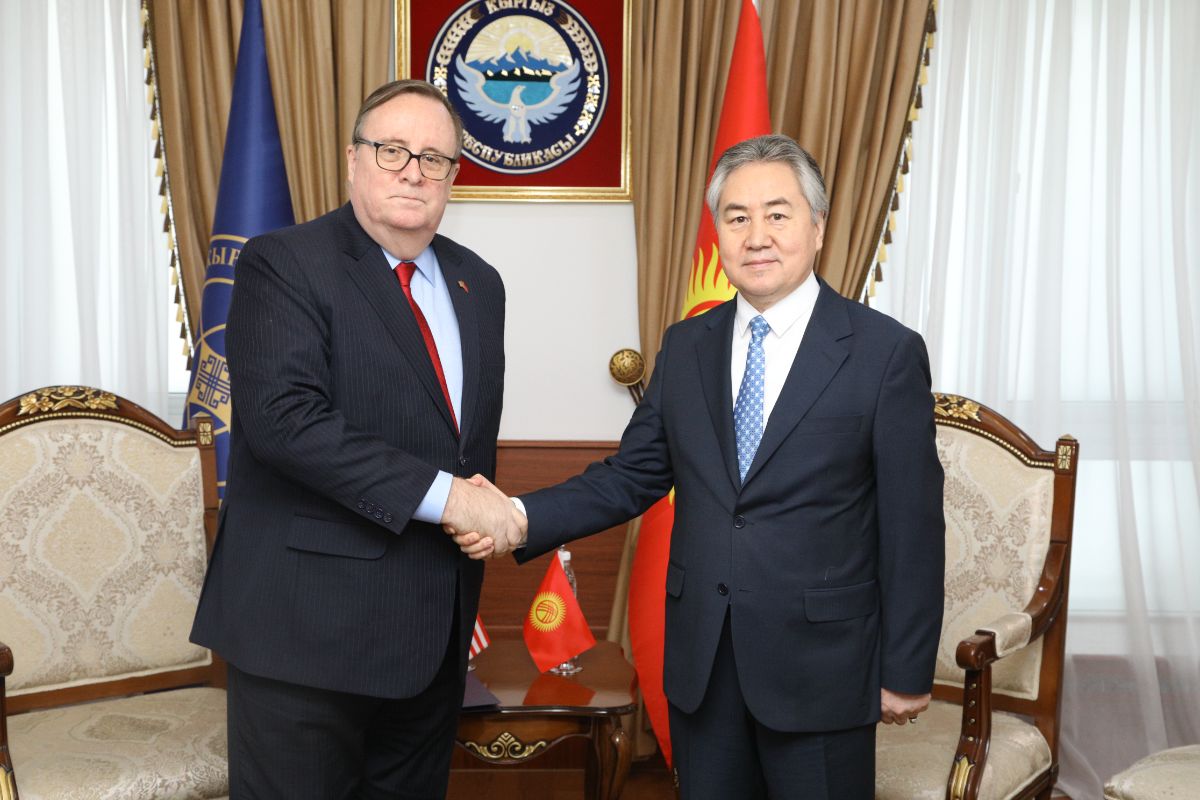 During the meeting Minister Kulubaev congratulated Ambassador Viguerie on his appointment and expressed hope for further deepening of bilateral relations. The U.S. Ambassador, in turn, informed of his readiness to further strengthen bilateral relations with Kyrgyzstan.

The parties have also addressed the matters of strengthening cooperation between Kyrgyzstan and the United States both within the bilateral agenda and on regional platforms, including the "Central Asia + U.S." format.

The topics of regional security and deepening of integrational processes within the countries of Central Asia were also touched upon.

Minister Kulubaev assured that the Foreign Ministry of the Kyrgyz Republic would be ready to provide all possible assistance to the Ambassador in his diplomatic mission.