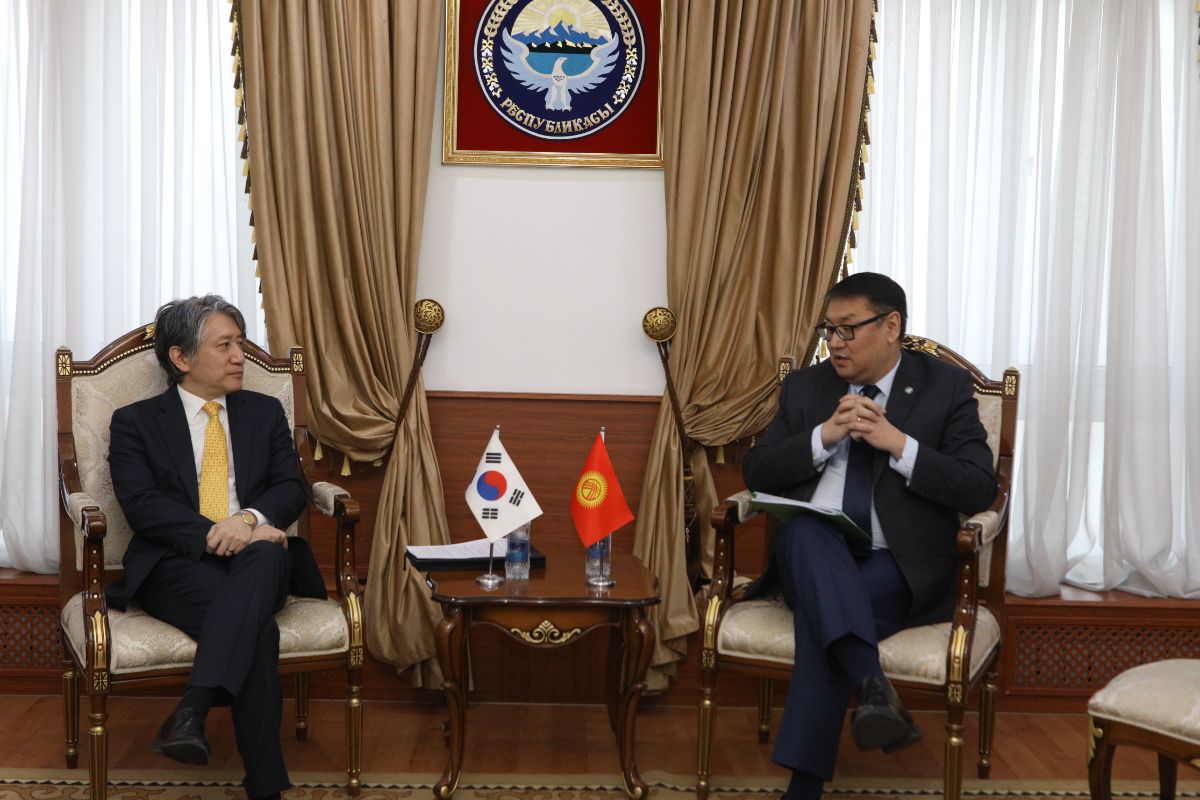 During the meeting parties discussed current topical issues of the Kyrgyz-Korean cooperation, implementation of the agreements reached during the official visit of Minister Zh.Kulubaev to the Republic of Korea on October 23-25, 2022 as well as plans to enhance cooperation for the current year.

The Deputy Minister A.Moldogaziev noted the importance of further deepen the political dialogue, boost trade and economic and cultural-humanitarian cooperation and focused on the implementation of grant-technical projects.

Lee Wonjae, in turn, noted the interest of the Korean side in organizing at the high-level reciprocal visits this year, and also stressed the importance of holding meetings of the Kyrgyz-Korean Intergovernmental Commission on an annual basis in order to actively develop relations in the economic sphere.