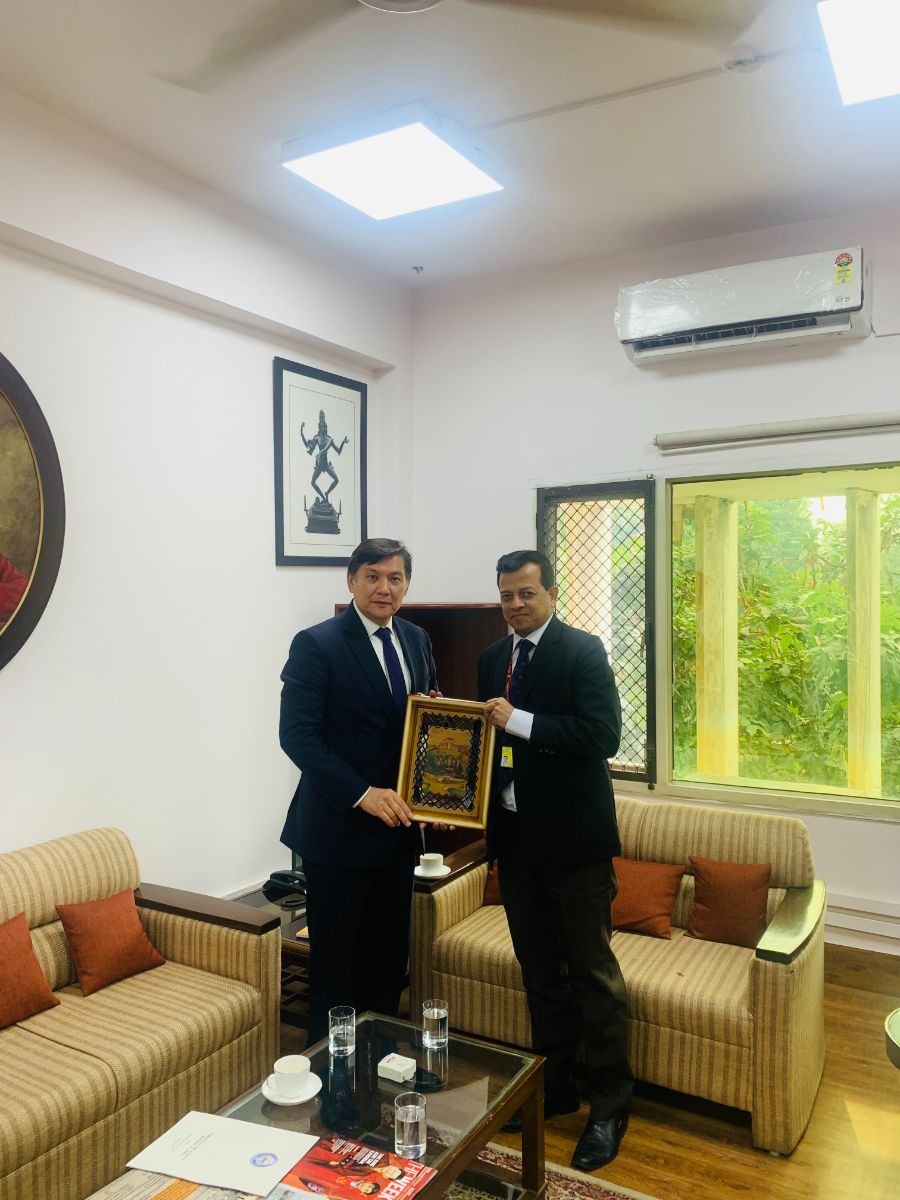 Today, on December 1, 2021 meeting of the Kyrgyz Ambassador in India Asein Isaev with Shri Partha Sarthi Sen Sharma, Additional Secretary of the Ministry of Culture of India took place in New Delhi.

During the meeting, Ambassador Isaev noted that Kyrgyzstan and India are linked by centuries-old history and culture, which have become an integral part of the development of human contacts, the rapprochement of the peoples of the two countries.

Ambassador said that taking into account the epidemiological situation in the world, the Cross Cultural Year between the two countries was postponed to 2022. In this regard, he proposed to closely interact on the organization of joint cultural events in both countries over the next year.

In addition, in order to expand the existing cultural ties between the two countries, the Ambassador proposed to sign a Cultural Exchange Program between the Kyrgyz Republic and India, aimed at strengthening contacts in such areas as music, dance, cinema, exhibitions, seminars, archeology, museum affairs, etc.

The Indian side expressed its readiness to jointly define and further advance the priorities for cooperation.

Following the meeting, the parties expressed a mutual desire to develop the friendly ties existing between Kyrgyzstan and India in the field of cultural and humanitarian cooperation.