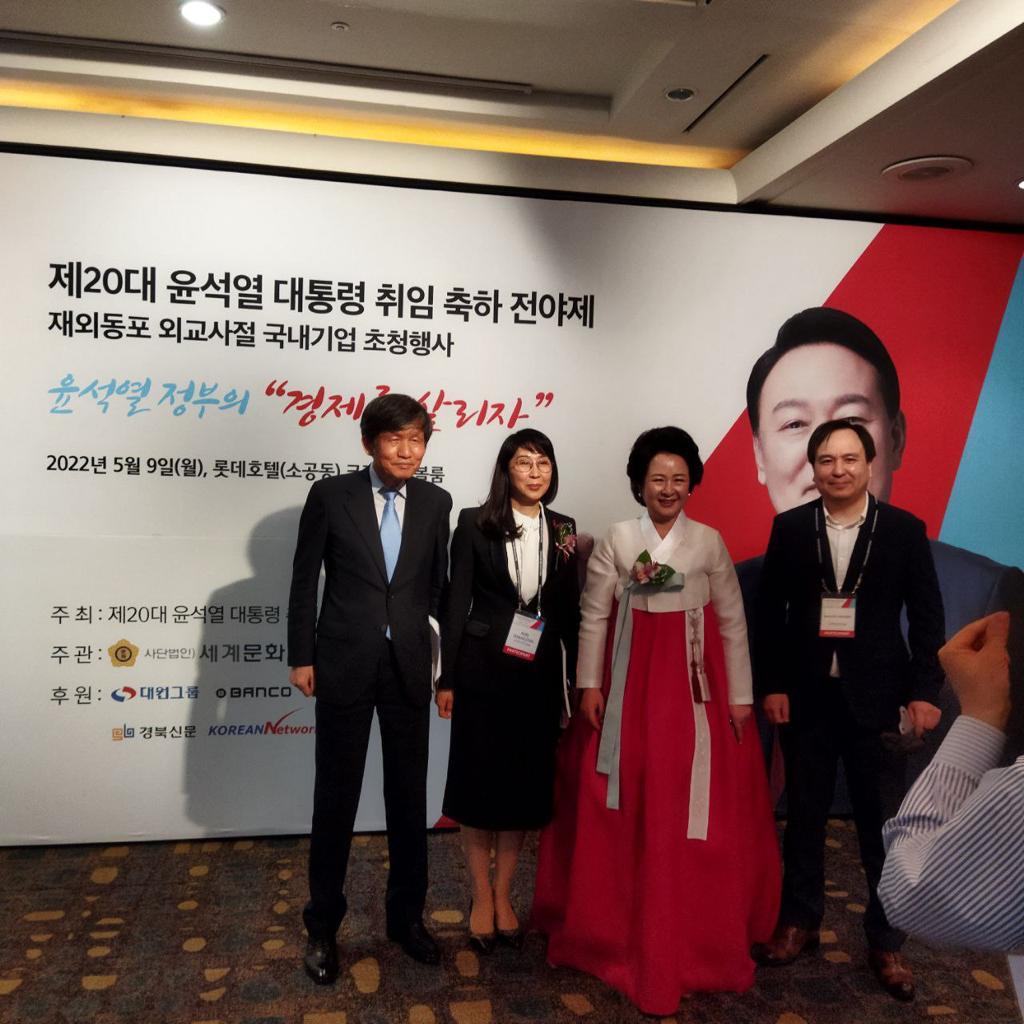 The heads of the diplomatic corps accredited to the Republic of Korea, in particular the Ambassadors of Kyrgyzstan, Great Britain, Canada, the Philippines, Indonesia, Qatar, Nigeria, Pakistan, Egypt, Oman, representatives of large Korean and foreign businesses, as well as various foundations and culture were invited to the reception.

During the event, Ambassador of the Kyrgyz Republic Aida Ismailova established contacts and held brief conversations with representatives of major Korean and foreign companies, as well as political and cultural figures.