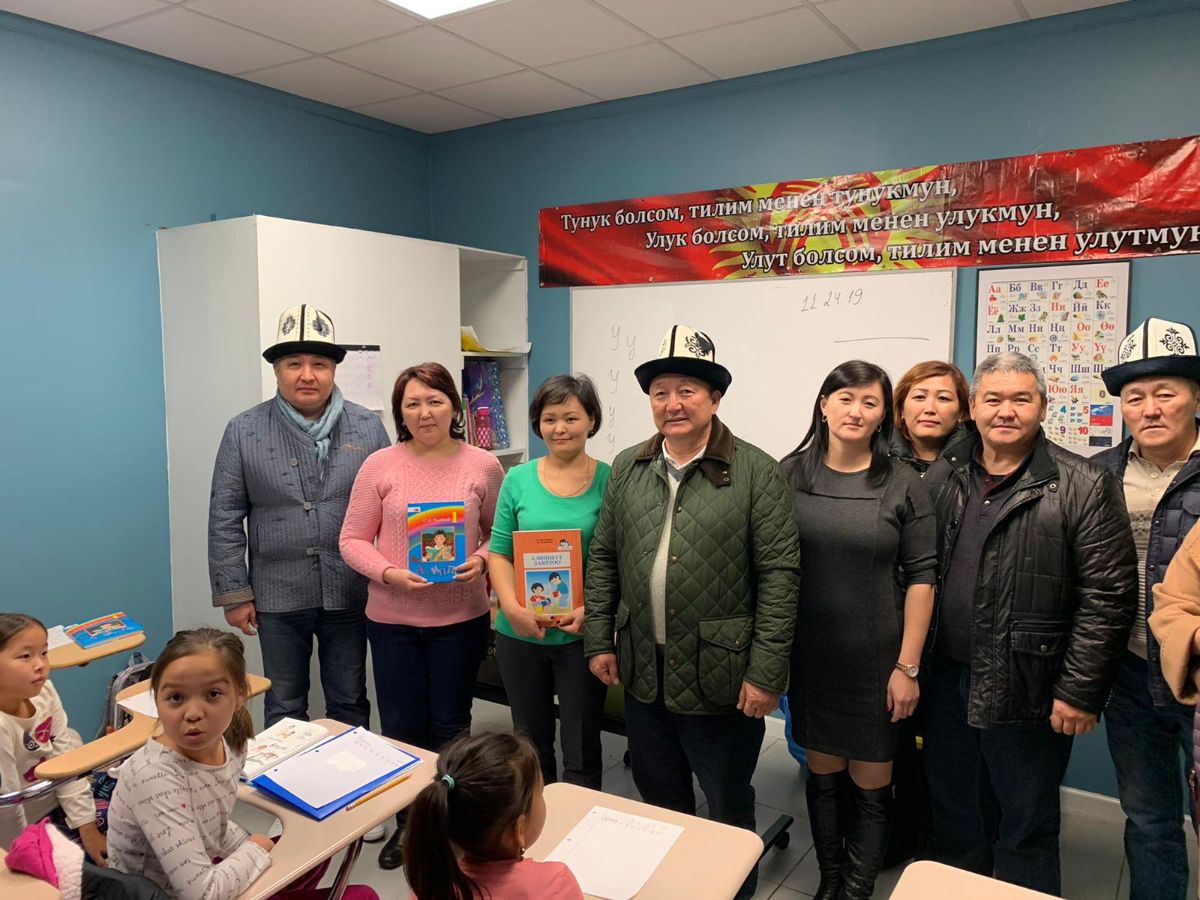 On 23 November 2019 Ambassador B. Otunbaev during a working trip to the state of Pennsylvania visited the Center for the study of the Kyrgyz language in Philadelphia, founded by the representatives of the Kyrgyz diaspora living in this state.

The center is engaged in socially useful activities aimed at studying, disseminating and popularizing the Kyrgyz language, our culture and traditions among the younger generation of Kyrgyz people. In the center, 3 teachers teach children the Kyrgyz language and playing the national instrument – komuz.

Ambassador B. Otunbaev noting that this center  has become one of the links of Kyrgyz centers in the United States, like the centers in Chicago and Cincinnati, that implement the tasks of developing, maintaining and disseminating the native language, he assured that the Embassy of the Kyrgyz Republic in the United States will provide assistance in replenishing the material and technical base of the school by acquiring the necessary literature for students.

During his trip to the city of Philadelphia, Ambassador B. Otunbaev visited the family of Kyrgyz citizen D.K., who recently died as a result of an accident.

Ambassador B. Otunbaev expressed his condolences to the family of D.K. and noted that the Embassy, for its part, provided prompt and maximum assistance in drawing up relevant documents for the timely dispatch of body to motherland.