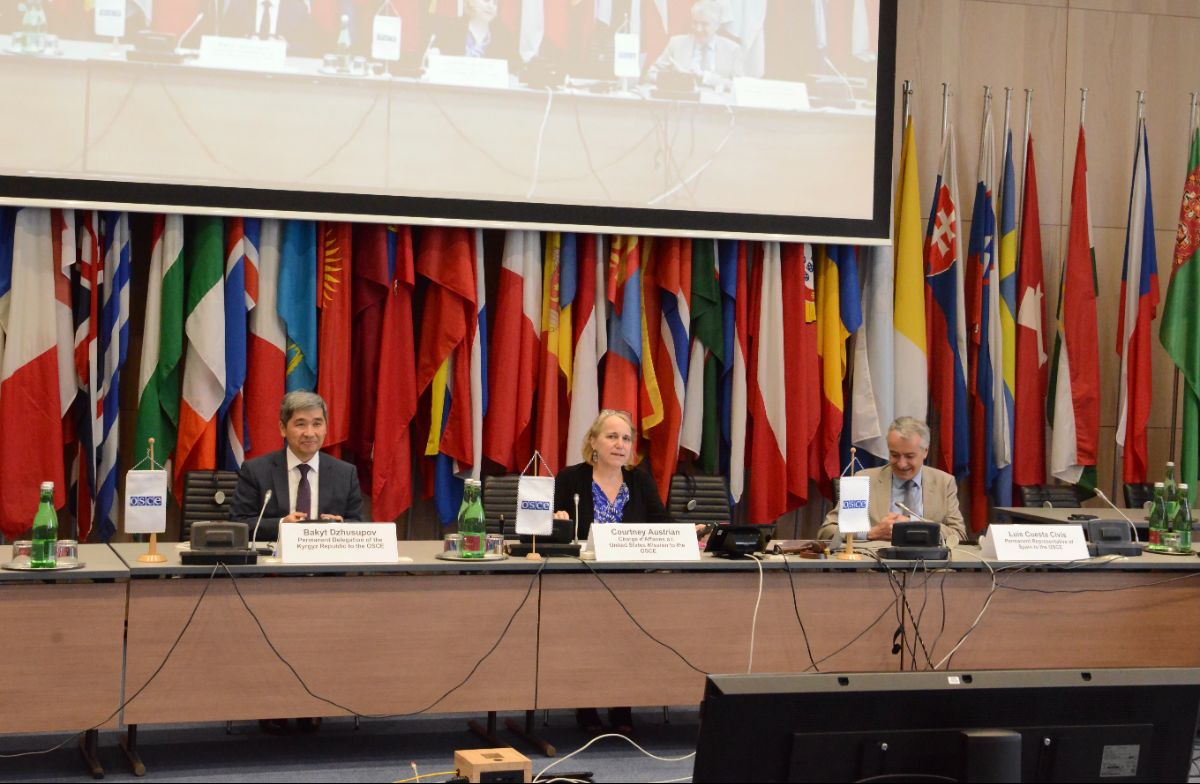 On June 4, 2021, the second meeting of the OSCE Group of Friends on Youth and Security in Troika format was held in Vienna. The meeting was chaired by the United States and attended by the co-chairs of the Group: Kyrgyzstan and Spain.

In his welcoming speech as Co-Chair of the Group of Friends, the Permanent Representative of the Kyrgyz Republic to the OSCE, Ambassador B.Dzhusupov has noted the importance of paying special attention to the economic opportunities of youth and called on partners, using the OSCE mechanisms in the second dimension, to consider the possibility of supporting projects aimed at expanding the economic opportunities of youth in the OSCE region.

Having focused on education as one of the key factors in youth development, the Permanent Representative also called on the OSCE to strengthen and expand the capabilities of the OSCE Academy in Bishkek.

The third meeting of the Group of Friends, chaired by Kyrgyzstan, is scheduled for September-October 2021.