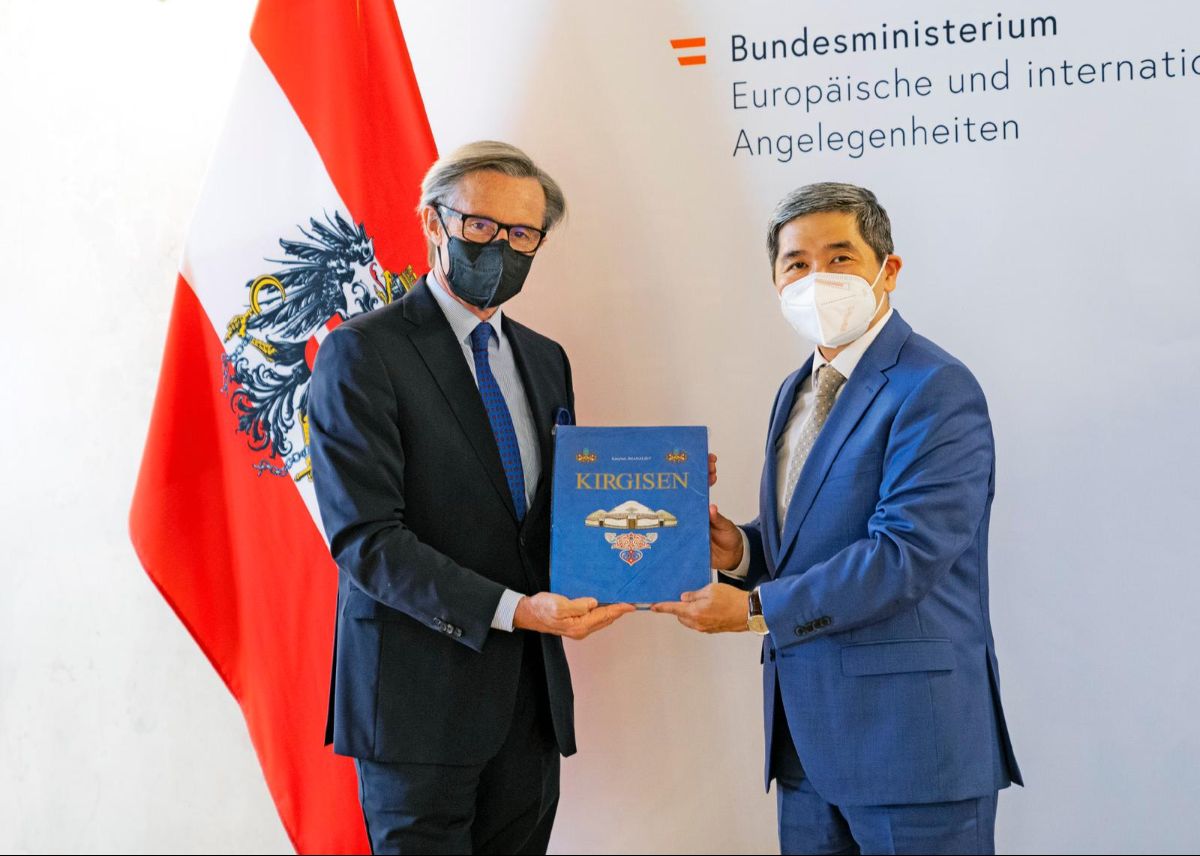 Ambassador Bakyt Dzhusupov met with the Secretary General of the Federal Ministry for European and International Affairs of Austria Peter Launsky-Tiffenthal on June 11th.

During the meeting the wide range of relations between the two countries on a bilateral and multilateral basis was discussed.

Bakyt Dzhusupov informed the interlocutor about the current situation in the Kyrgyz Republic - the adoption of a new Constitution, changes in the powers and responsibilities of the President and the Government of the country, the new structure of the Cabinet of Ministers. It was emphasized that Kyrgyzstan is firmly on the path of democratic development and, as before, is committed to its earlier commitments.

The Ambassador of the Kyrgyz Republic indicated that foreign policy and economic priorities remain unchanged and Kyrgyzstan is aimed at further developing and strengthening trade and economic ties between the two countries. The parties agreed that Kyrgyzstan and Austria have great opportunities in cooperation in the field of hydropower, healthcare and digital technologies, especially taking into account the possibilities of using "soft" loans that the Austrian side is ready to provide.

The Austrian side gratefully accepted the invitation to the 1st EU-CA International Economic Forum, which is planned to be held in autumn 2021.

During the talks, the sides discussed the possibilities and timing of bilateral events - mutual visits at the highest and high levels, the next meeting of the Joint Kyrgyz-Austrian Commission on Economic Cooperation, as well as political consultations between the foreign ministries of the two countries.