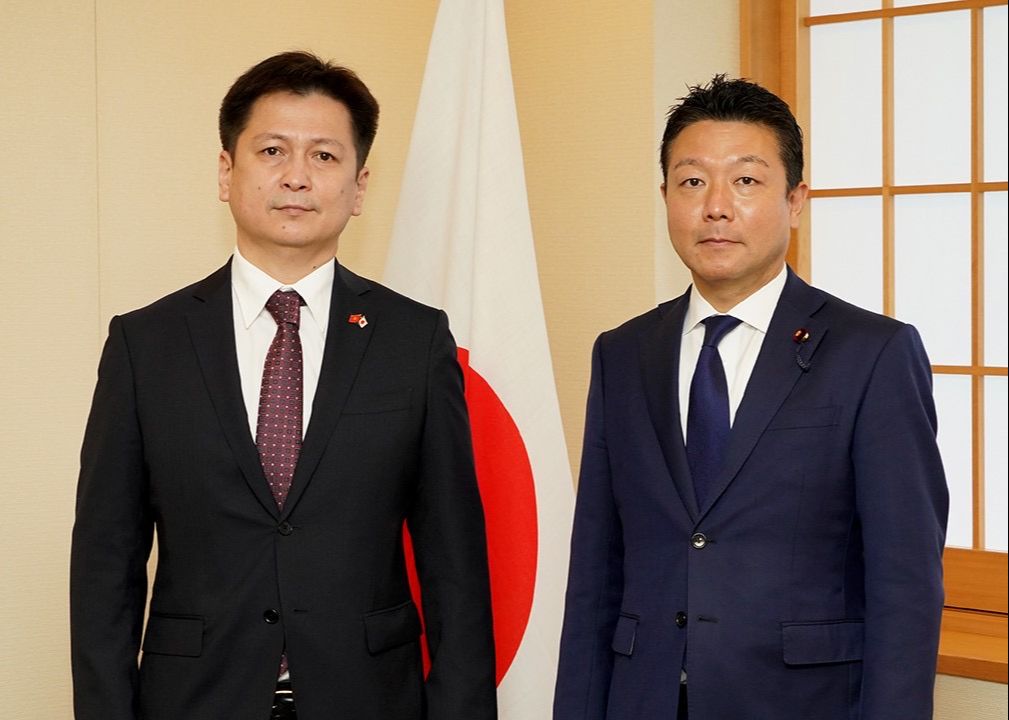 On November 17, 2021 Ambassador Extraordinary and Plenipotentiary of the Kyrgyz Republic to Japan Mirlan Arstanbaev met with the new Parliamentary deputy foreign minister of Japan Taro Honda.

T. Honda noted the high level of bilateral relations and the interest of the Japanese side in the upcoming elections to the Parliament of the Kyrgyz Republic on November 28, 2021, expressing the hope that they will be honest and transparent, also congratulated on the 30th anniversary of the independence of the Kyrgyz Republic.

Further, T. Honda touched upon a short meeting between President Sadyr Japarov and Prime Minister Fumio Kishida in Glasgow on November 2, 2021, during which the parties positively assessed the state of relations and noted the importance of continuing the human resources development program.

Ambassador M.Arstanbaev congratulated T.Honda on the appointment, expressed hope for the active continuation of bilateral cooperation between the countries in new formats. He informed about the upcoming elections to the Jogorku Kenesh of the Kyrgyz Republic on November 28, 2021, which are considered as another step towards the development of the parliamentary system, the further formation of society, democratic institutions and generally recognized values in the Kyrgyz Republic.

Ambassador M. Arstanbaev expressed gratitude for Japan's assistance in the technical equipment of the electoral system and timely assistance to combat the pandemic.

He stressed the importance of the first personal meeting of the Heads of States and the continuation of contacts at the highest level.