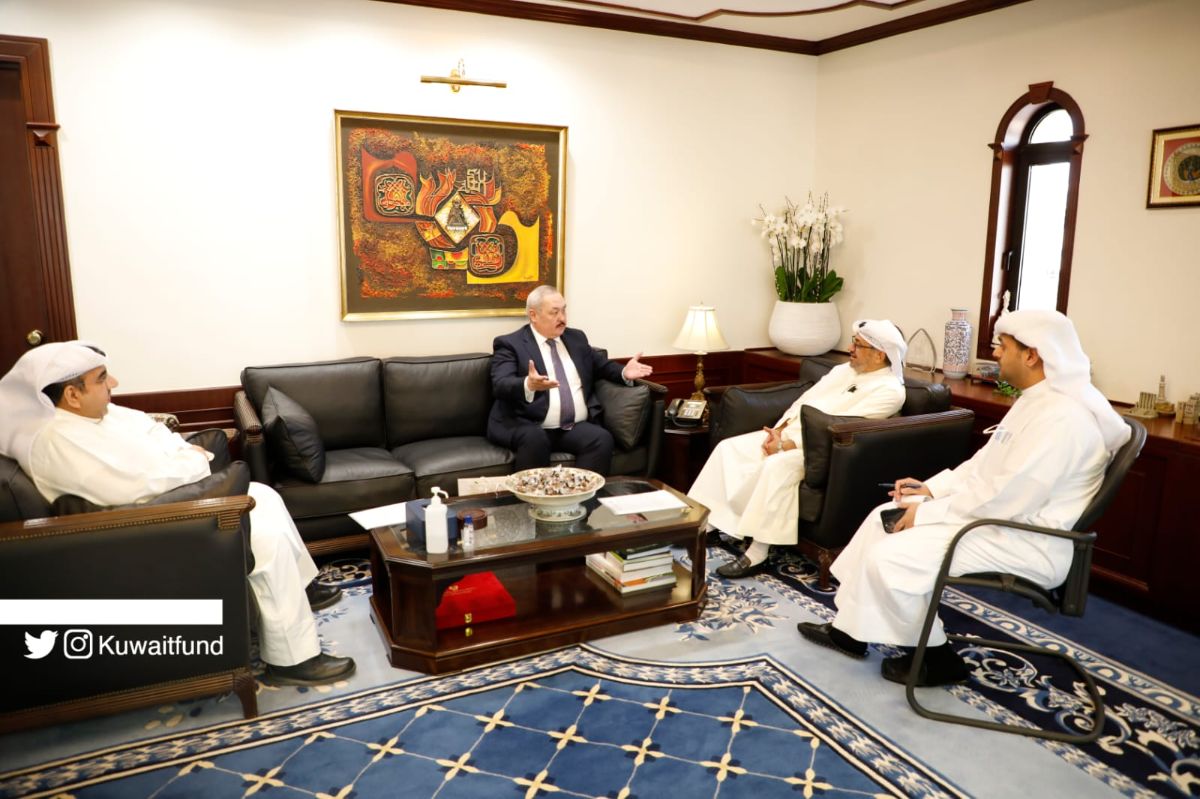 On October 18, 2021, Ambassador Extraordinary and Plenipotentiary of the Kyrgyz Republic to the State of Kuwait Azamat Karagulov held a meeting with the newly appointed Director General of the Kuwait Fund for Arab Economic Development Marwan Abdullah Sunyan Al-Ghanim.

During the conversation, Ambassador A. Karagulov highlighted the main results of the work of the Embassy in the political, economic and humanitarian spheres, noting the opening of direct flights between Kuwait and the cities of Bishkek and Osh, and an increase in the tourist flow from Kuwait and the Gulf countries to Kyrgyzstan. He also expressed satisfaction with the long-term cooperation of the Fund with the Kyrgyz Republic and gratitude from the Kyrgyz side for the loan support provided in the implementation of infrastructure projects important for the country.

New General Director of KFAED M. Al-Ghanim, in his part, also expressed satisfaction with the current level of cooperation between the parties, having familiarized with the new approaches of the Fund in cooperation with partner countries, including Kyrgyzstan. At the same time, M. Al-Ghanim focused on the need for operational interaction of the Kyrgyz competent authorities with the Fund in order to increase the effectiveness of cooperation, and also discussed the implementation of agreements on financing the project "Construction and equipment of the Neurosurgical center of the National Hospital" in Bishkek.