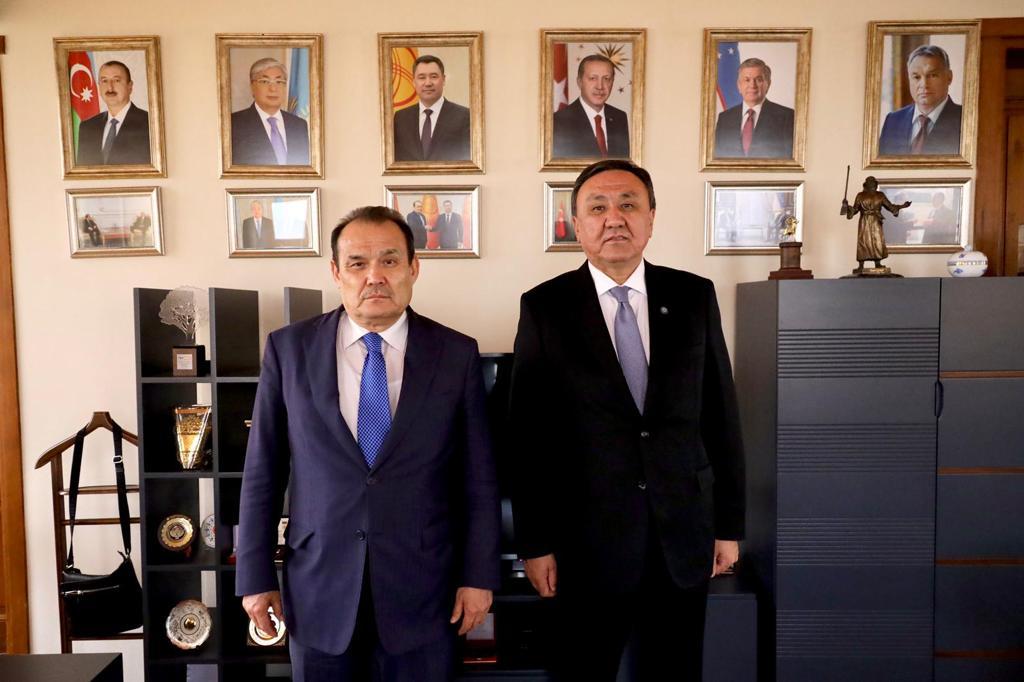 During the meeting, the parties exchanged views on several relevant issues on the international and regional agenda.

Secretary General informed about the current work of the organization, including the ongoing initiatives of the Organization in economic, trade and investment agenda, emphasizing particularly determining a collective strategy for trade facilitation, establishment of the Turkic finance institutions.

In turn. Ambassador expressed his gratitude to the Secretary General for the Secretariats work in deepening cooperation between the member states of the Turkic Council. At the same time, he noted the importance of the development of economic diplomacy, in particular, the completion of organizational issues for the creation of the CCTS Investment Fund and the location of its head office in Bishkek.