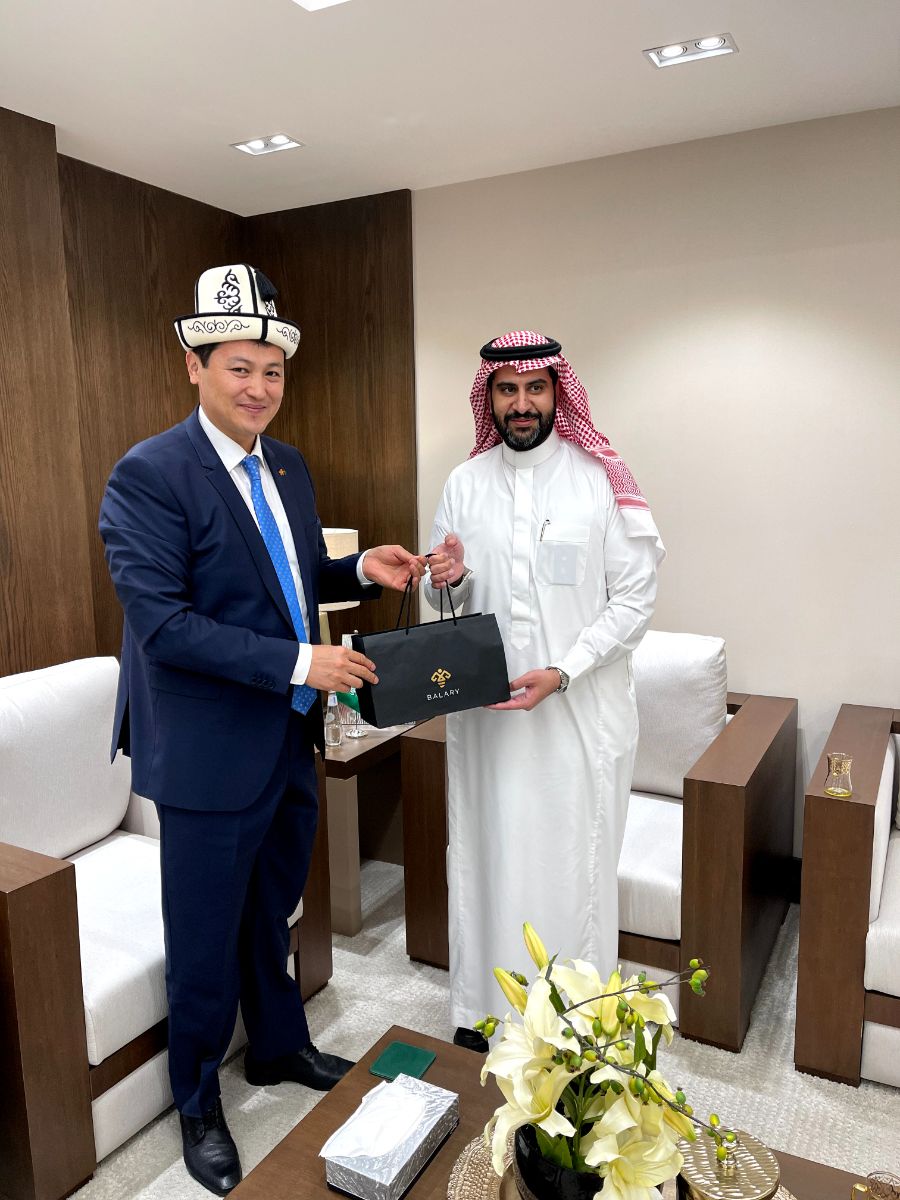 During the meeting, the parties discussed the state and prospects of cooperation between Kyrgyzstan and Saudi Arabia in the field of foreign trade, as well as issues of deepening trade and economic ties between the two countries and taking the necessary measures towards more efficient use of the existing potential.

Ambassador U.Maripov noted with satisfaction that the trade turnover between Kyrgyzstan and the Kingdom of Saudi Arabia increased by 4.2 times compared to the same period in 2021 and amounted to 1,255 million US dollars. At the same time, taking into account that regular direct flights will soon open between the countries, the Ambassador urged to use this opportunity and direct joint efforts to increase the volume of trade turnover.

Muhammad Al-Abdul-Jabbar, welcomed the proposals of the Kyrgyz side and expressed his readiness to assist in their promotion and assured that the Kingdom of Saudi Arabia is interested in developing trade and economic cooperation with Kyrgyzstan in all areas.

In addition, the parties discussed issues related to the possible participation of the Saudi side in various economic and investment projects implemented in Kyrgyzstan, and agreed to continue cooperation to strengthen trade ties between the two countries.