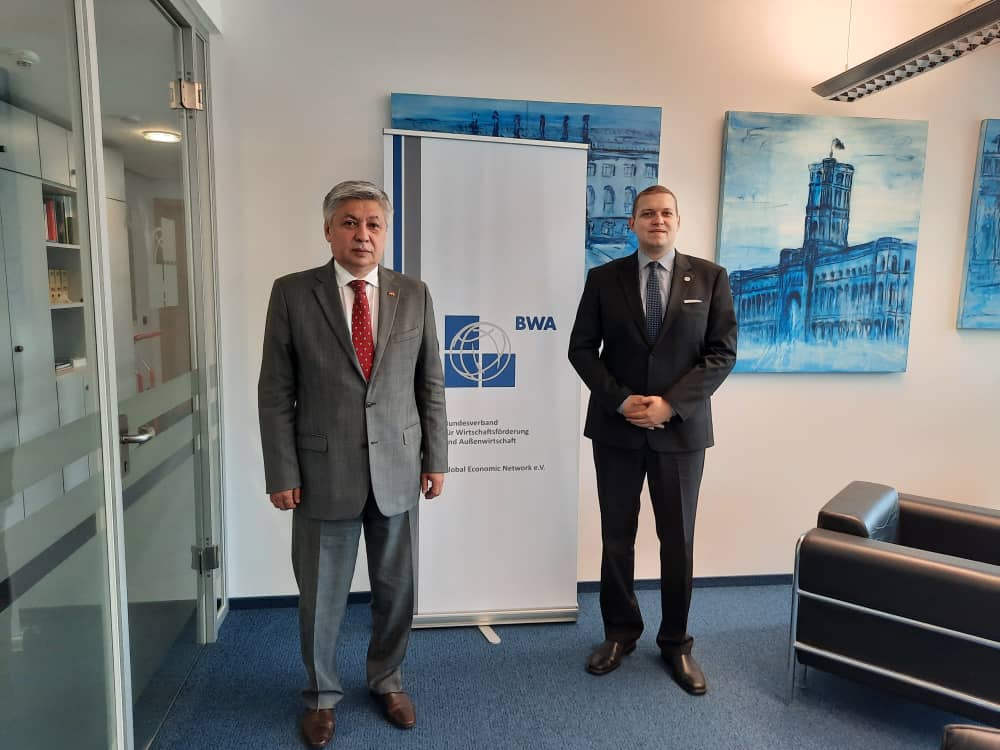 On July 20, 2021, the Ambassador of the Kyrgyz Republic to the Federal Republic of Germany Erlan Abdyldaev met with the Director for Relations with Government Bodies of the Federal Union for the Promotion of Economic Development and Foreign Economic Relations of Germany Urs Unkauf.

During the meeting, issues of establishing cooperation between the Kyrgyz Republic and the said Federal Association, whose members are about 2,000 large and medium-sized companies of Germany, were discussed. In particular, the possibilities of interaction in the trade, economic, transport and logistics areas, as well as in the field of digitalization were considered.

The parties reached an agreement to continue interaction in the form of organizing online meetings between interested ministries and departments of Kyrgyzstan and member companies of the Federal Association.