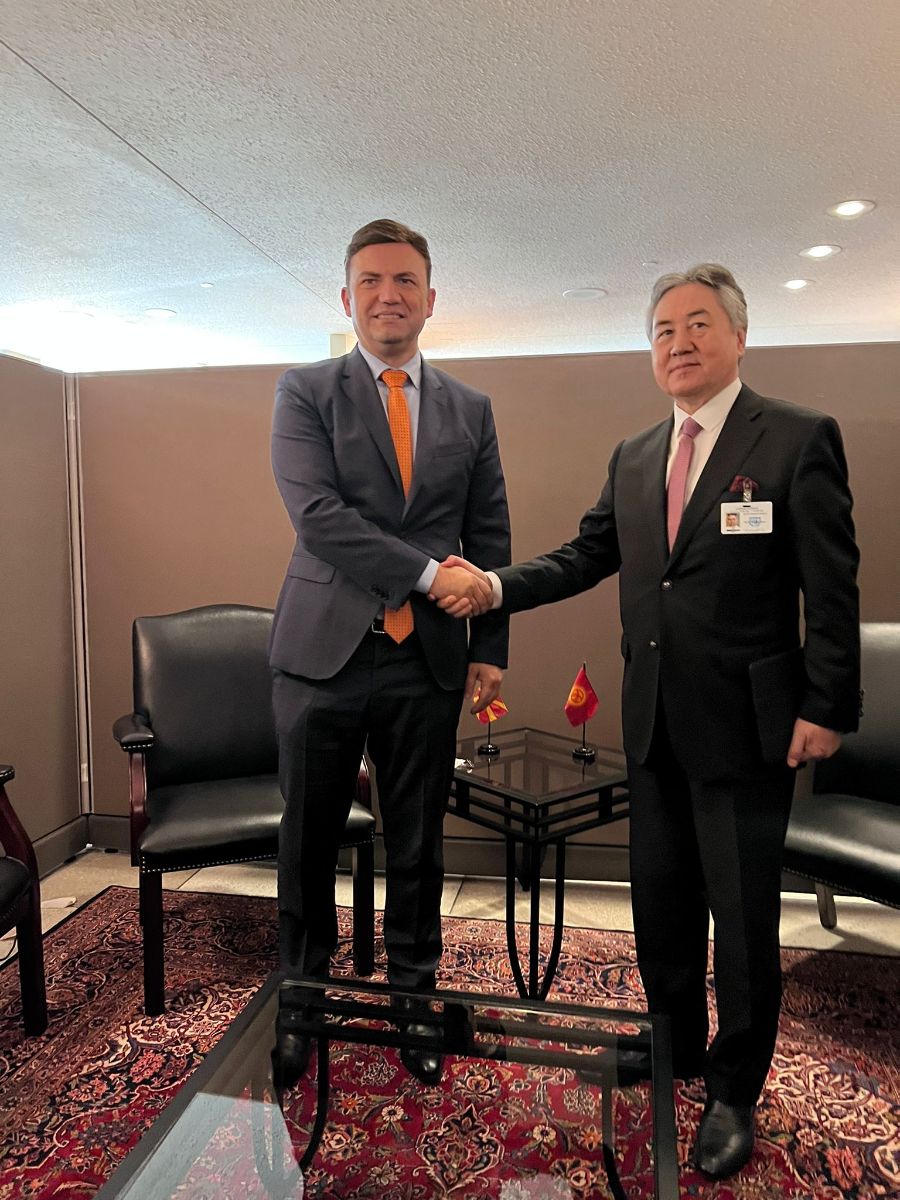 During the meeting parties discussed issues of cooperation between the states within the OSCE, the chairmanship of which will be taken over by North Macedonia in 2023.

Minister Kulubaev assured on the kyrgyz side's support for the priorities of the future OSCE Chairmanship of North Macedonia in promoting constructive dialogue and restoring trust between the OSCE participating states.

In this regard, Minister noted that Kyrgyzstan considers the OSCE as an important multilateral platform for equitable and mutually respectful dialogue between participating states on security and cooperation in the OSCE area.

The head of the Kyrgyz Foreign Ministry informed about the situation at the Kyrgyz-Tajik state border. Minister noted that the illegal actions of the Tajik side are an aggressive and destabilizing action that is contrary to the bilateral and multilateral agreements between the two states.

Minister Zh. Kulubaev reiterated the commitment of the Kyrgyz Republic to de-escalation and its unwavering position on the need to resolve contentious issues between the countries exclusively through political and diplomatic means. For his part, the Minister of Foreign Affairs of North Macedonia urged to prevent the conflict from aggravation, by resolve the issue peacefully and to respect the previous agreements on cease-fire.

In the course of the meeting parties also exchanged views on intensifying relations across the full spectrum of bilateral cooperation and discussed the expansion of the legal and treaty framework. Parties expressed readiness for further joint work to develop cooperation.