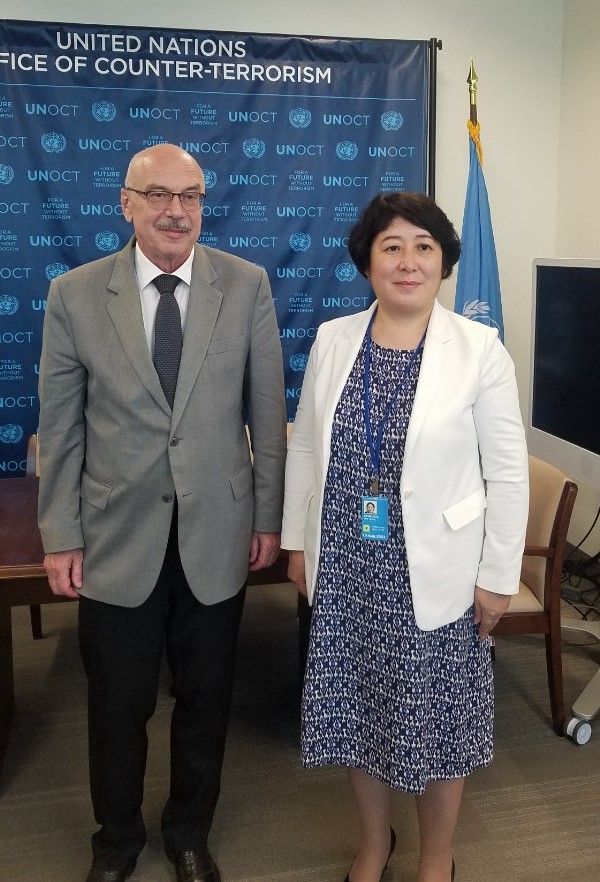 On August 2, 2022, on the margins of the 10th Review Conference of the Parties to the Treaty on the Non-Proliferation of Nuclear Weapons (NPT), Deputy Minister Dinara Kemelova met with the UN Under-Secretary-General, Head of the UN Office of Counter-Terrorism (UNOCT) Vladimir Voronkov, and the Secretary-General of the Agency for the Prohibition of Nuclear Weapons in Latin America and the Caribbean (OPANAL) Flavio Roberto Bonzanini.

During the meeting with UNOCT, the implementation of project and program activities in Kyrgyzstan were discussed. In this regard, parties welcomed the adoption of the updated Joint Action Plan for Central Asia for the implementation of the UN Global Counter-Terrorism Strategy, which contributes to the preventive measures in countering terrorism and extremism.

Dinara Kemelova emphasized that Kyrgyzstan highly appreciates the activities of the UNOCT in Kyrgyzstan and, in this regard, considers it important to ensure the presence of UNOCT representative in the region.

An exchange of views with the representative of the OPANAL took place on a matter of expanding cooperation between the nuclear-weapon-free zones of Central Asia and Latin America.

The Deputy Minister emphasized the interest in the early conclusion of the Memorandum of Understanding in order to create a framework for further cooperation.