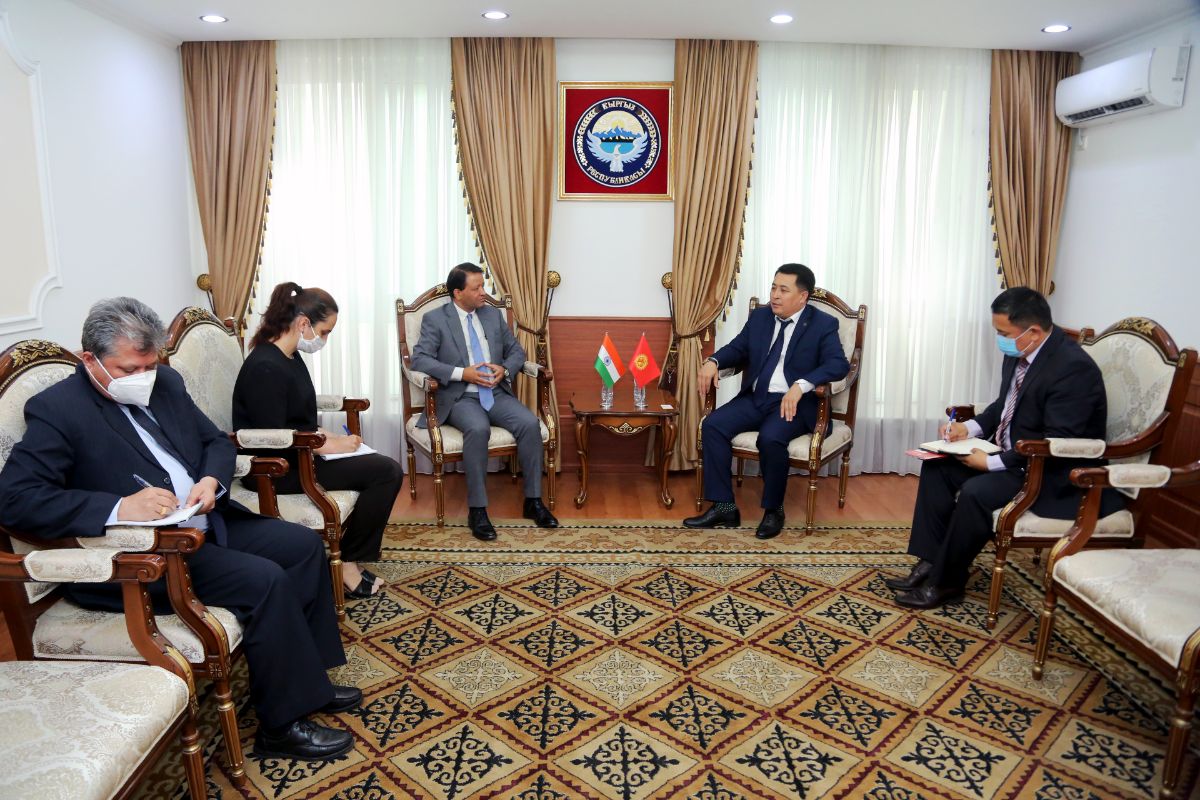 During the meeting, the parties discussed a wide range of issues of Kyrgyz-Indian cooperation, including the holding of 11th Kyrgyz-Indian Foreign office consultations at the level of the Deputy Foreign Ministers of the Kyrgyz Republic and India on June 16, 2021, in the format of a video conference.

The parties also paid attention to the issue of holding the 10th meeting of the Intergovernmental Commission in Kyrgyzstan this year, which is an important tool in strengthening and expanding bilateral relations in the field of trade, economic, scientific, technical, cultural and humanitarian cooperation between the countries.

Ambassador of India A.Dimri wished A. Artykbaev success in his new designation and expressed gratitude for his intentions to help expand Kyrgyz-Indian relations.