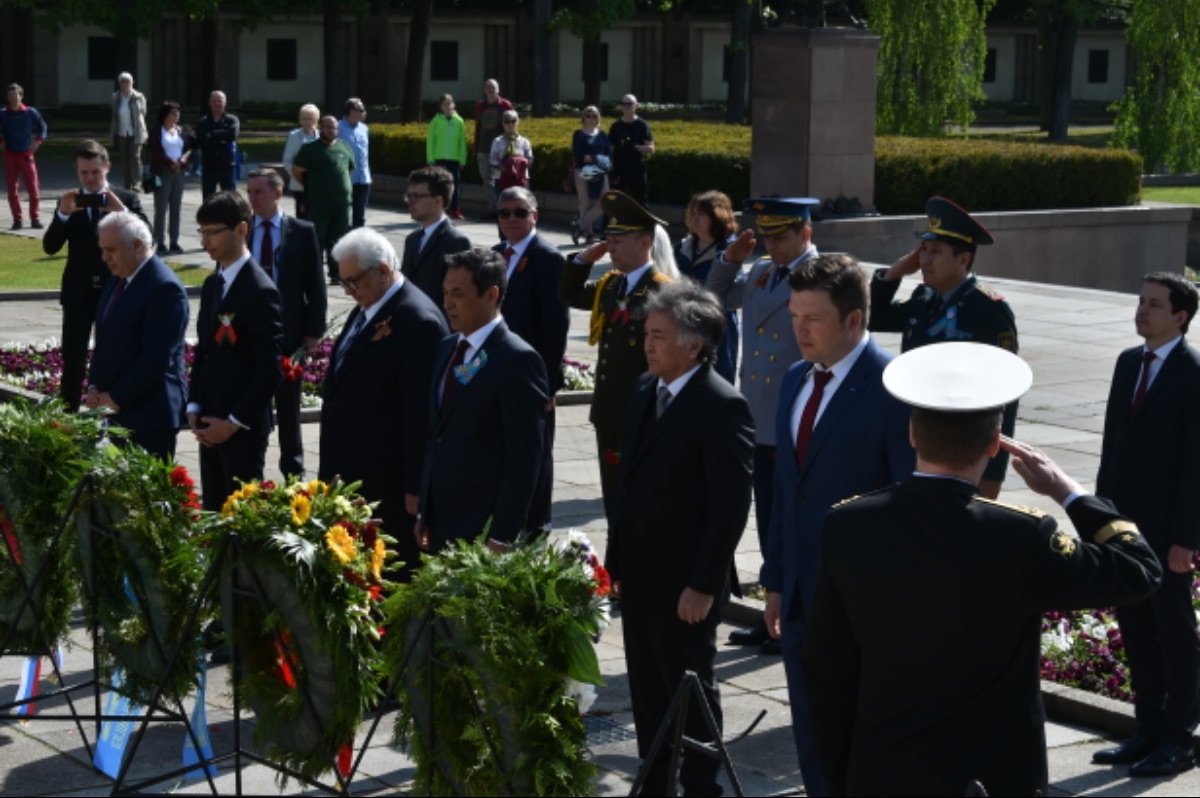 On the occasion of 75 years to the Victory of Great patriotic war and end of the Second World War the Embassy on 8 May 2020 took part in laying wreath at Pankov Soviet war memorial in Berlin.

This memorial complex is one of the three main Soviet war memorials in Berlin dedicated for the commemoration of Soviet Army soldiers, along with memorials in Treptow Park and Tiergarten.

The territory of Pankov memorial houses the biggest number of the remains of Soviet soldiers perished in the assault on Berlin of April-May 1945 – 13200.

The solemn ceremony was attended by the Heads of foreign agencies, representatives of diplomatic corps and military attaches, German public organizations and ordinary residents.