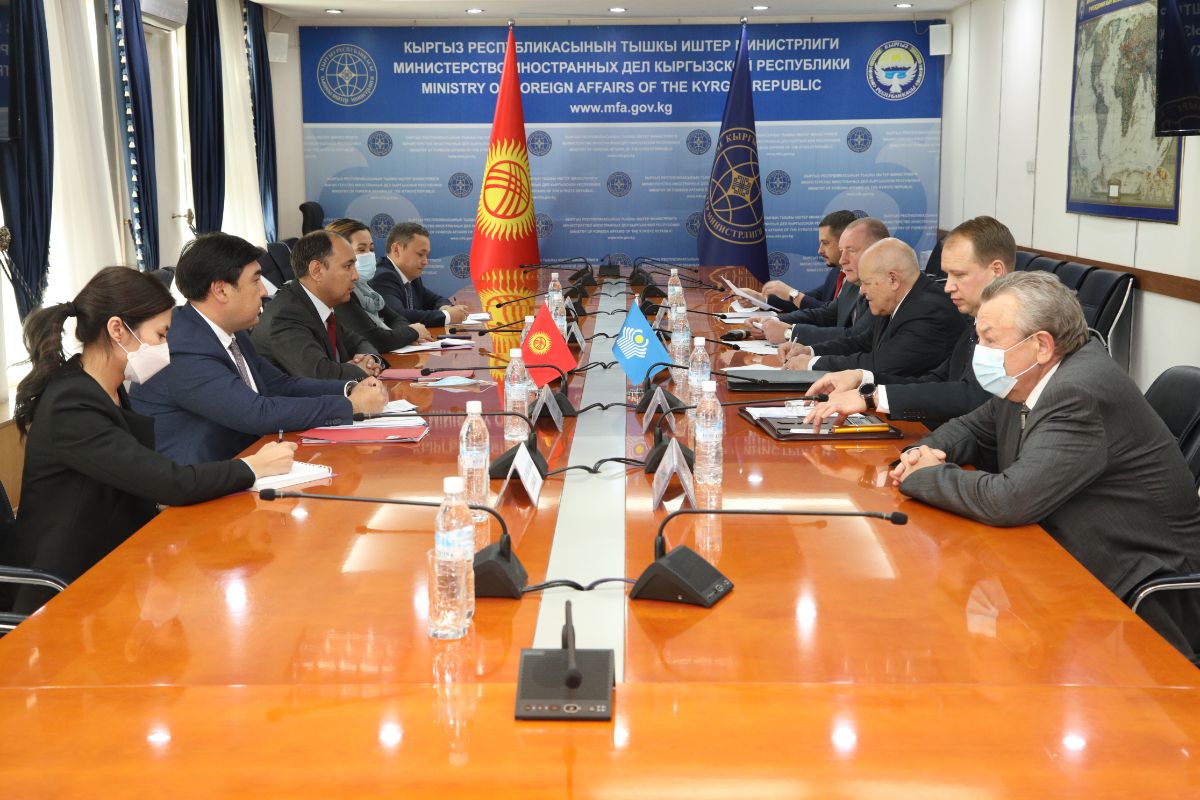 On 20 October 2021, the First Deputy Minister of Foreign Affairs, Foreign Trade and Investment of the Kyrgyz Republic, Nuran Niyazaliev, met with the First Deputy Chairman of the Executive Committee, Leonid Anfimov, Executive Secretary of the CIS, who arrived in Bishkek and headed a delegation of the Executive Committee of the Commonwealth of Independent States to address the issues of the preparation and holding of the next meeting of the Council of Heads of Government of the Commonwealth of Independent States on 12 November 2021 in Bishkek.

Nuran Niyazaliev confirmed the interest of the Kyrgyz Republic in mutually advantageous and effective cooperation within the framework of the CIS in all priority areas.  He also invited the CIS Observer Mission to monitor the elections of deputies of the Jogorku Kenesh of the Kyrgyz Republic, which will be held on November 28, 2021.

For his part, the First Deputy Chairman of the Executive Committee - the Executive Secretary of the CIS L.Anfimov noted with satisfaction the high level of organization of the forthcoming meeting of the heads of government of the CIS countries.

The parties expressed confidence that the forthcoming meeting of the Council of CIS Heads of Government will further strengthen the constructive interaction of the CIS member states.