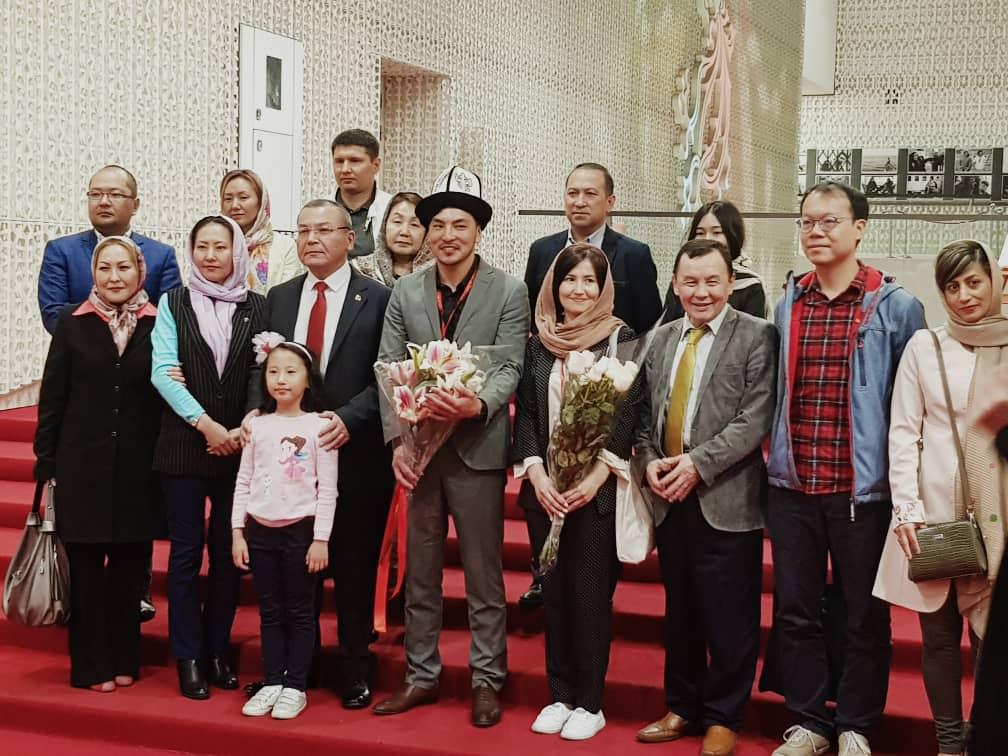 From 19 to 25 April 2019, the 37th “Fajr” International Film Festival was held in Tehran.A film by Aibek Daiyrbekov's “Song of the Tree” (Darak Yry), in Kyrgyz, with subtitles in English and Persian, with the participation of the main actor Omurbek Izrailov, who also participated in this festival, was presented from Kyrgyzstan at the festival.
On April 22, the official screening of the film took place in the “Charsou” cinema complex, in which the Ambassador of the Kyrgyz Republic to Iran A. Abdurazakov and the staff of the Embassy participated. Before the film was shown, Ambassador A.Abdurazakov made a welcoming speech and wished a successful  for film about the ancient life of the Kyrgyz people to the Iranian audience.     The event was also attended by representatives of the diplomatic corps accredited to the IRI, a delegation from a number of countries: the Russian Federation, the IRI, France, Kazakhstan, Taiwan, Korea, Germany, Uzbekistan, Malaysia, Austria, as well as kyrgyz citizenship living in Tehran.