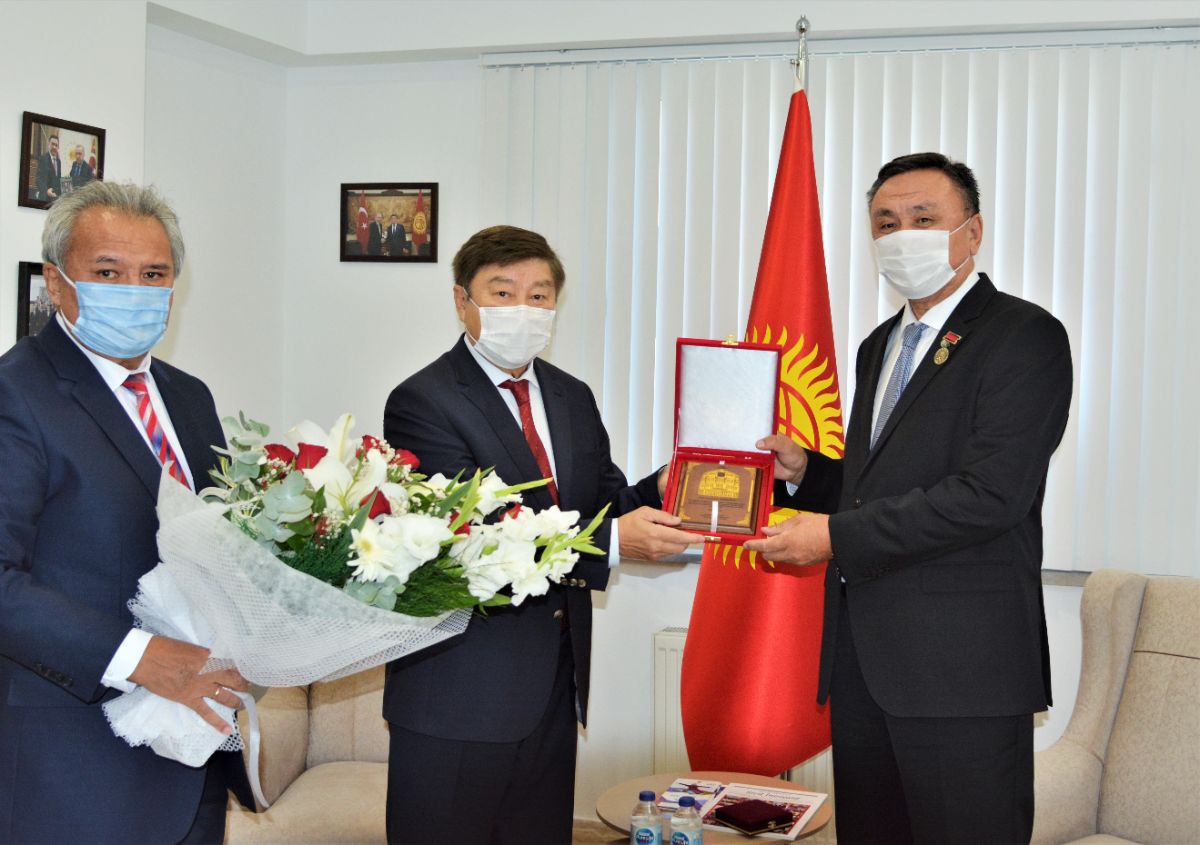 On September 15, 2020 General Secretary of the International Organization of Turkic Culture (TURKSOY) Dusen Kaseinov in the building of the Embassy of the Kyrgyz Republic in Ankara congratulated Ambassador Extraordinary and Plenipotentiary Kubanychbek Omuraliev on his 60th birthday.

General Secretary Mr. Kaseinov, presenting a medal dedicated to the 90th anniversary of the birth of Chingiz Aitmatov, especially noted the contribution of Ambassador Mr. Omuraliev to popularizing the national writer, including in the opening of a park in Minsk during his tenure as Ambassador to Belarus, as well as installation of a monument in honor of the writer in Ankara.

The Head of TURKSOY expressed gratitude to Ambassador Omuraliev for his support in the development and strengthening of ties between the Turkic speaking countries in the sphere of culture and wished him further success, health and long life.