А – А А +
Обычная версия
Скрыть
Main / Press-service / Новости / In honor of the 30th Anniversary of Independence of the Kyrgyz Republic, on September 6, 2021, the opening ceremony of the photo exhibition, organized by the Embassy of the Kyrgyz Republic in Turkey, took place at the Nation’s Library of Turkey, located at the Presidential Complex 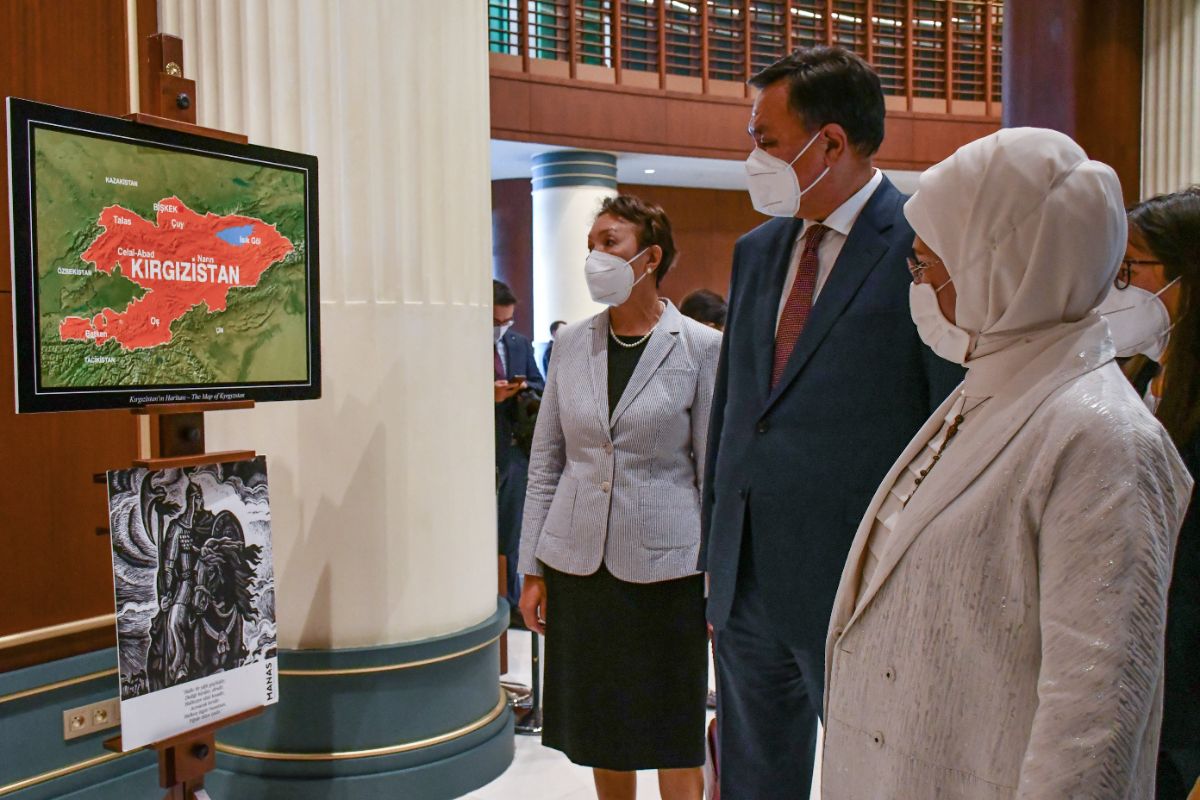 The event was attended by the First Lady of Turkey Emine Erdogan, Ambassador Kubanychbek Omuraliev, General Director of the General Directorate of the Turkish President Office Mahmut Kazan, Head of the Library Ayhan Tuglu, representatives of the President Office, library visitors, Kyrgyz students and Kyrgyz citizens living in Turkey, as well as media representatives.

The exhibition featured 60 photo-paintings depicting historical sights, landscapes of the country, national sports that reflect the ancient history, rich culture, picturesque nature and traditional life of Kyrgyzstan, as well as compositions from the Manas epic.

The photo exhibition is a continuation of a series of exhibitions shown over three months at various venues. The exhibition will last until September 16, 2021, admission is free for all residents and guests of Ankara.