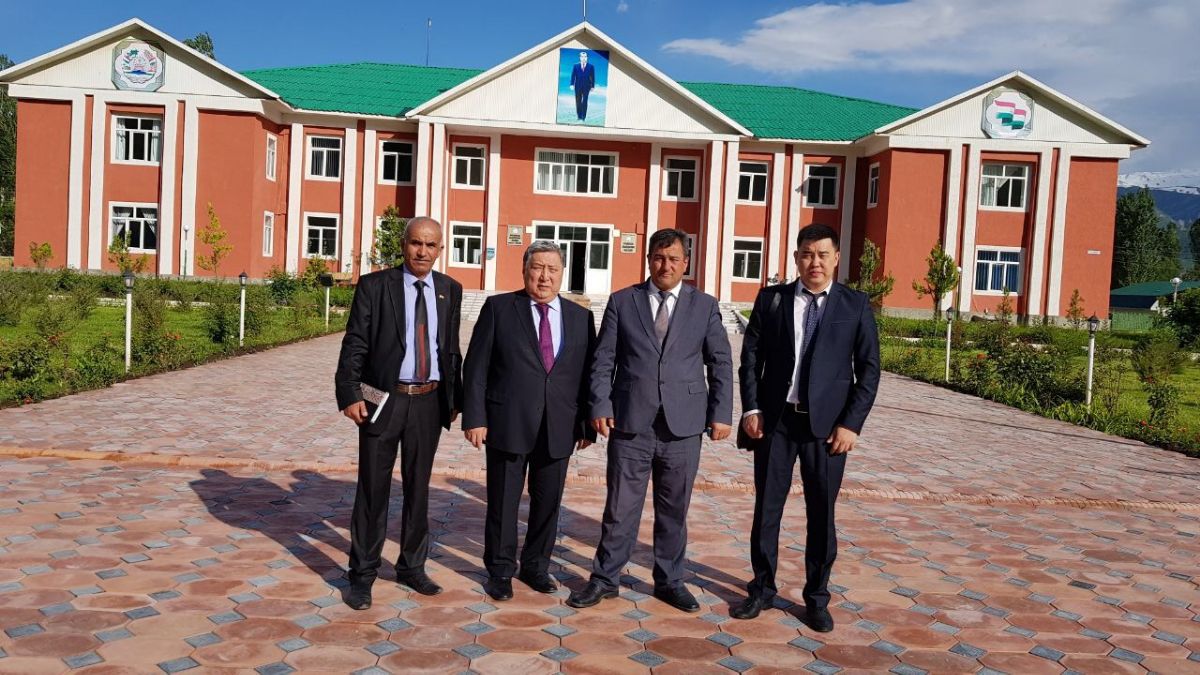 On June 3, 2019, the Kyrgyz Ambassador to Tajikistan J.Rustenbekov visited to the Lakhsh (Jergetal) district of the Republic of Tajikistan. During this visit, Ambassador J.Rustenbekov met with the Chairman of the Lakhsh district F. Barotzoda, the Head of district police RT Kh. Zubaydzoda, district Prosecutor H. Zaidullozoda, Chairman of the district Court B. Hidirzoda, Deputy Military Commissioner of the district D. Safarov and the Head of the Migration Service Department U. Soliev.

Also were discussed issues about staying position of Kyrgyz citizens in the Lakhsh district of the Republic of Tajikistan, the importance of measures to prevent the violation of the rights of citizens of Kyrgyzstan staying in Tajikistan, as well as the rights of citizens of Tajikistan staying in Kyrgyzstan was noted. The sides positively noted the increase in trade turnover between the two countries and stressed the importance of providing assistance to the business community of the two bordering regions.

Ambassador J. Rustenbekov presented to the leadership of the region books of Kyrgyz writers and Ch. Aytmatov, published in the Tajik language.

Also Ambassador J. Rustenbekov met with the heads of rural districts of the Lakhsh district and visited the Sumaya manufacturing enterprise specializing in school uniforms, as well as the Tochiddin farm, which is headed by the ethnic Kyrgyz Homidov Tojiddin.

Reference: Khomidov Todzhiddin is 84 years old, he is an ethnic Kyrgyz in the Lakhsh region of the Republic of Tajikistan and lives in a village. Koshoy He was a deputy of the Tajik SSR and was the senior shepherd in the area. He has 11 children, two of whom live in Kyrgyzstan. At present, he is in charge of the farms of the region, is an example for young people and calls for work.