Main / Press-service / Новости / Meeting of Ambassador Kubanychbek Omuraliev with Deputy Minister of Family, Labor and Social Services of Turkey Mr. Ahmet Erdem regarding the simplification of registration of work permits and social security of citizens of Kyrgyzstan in Turkey 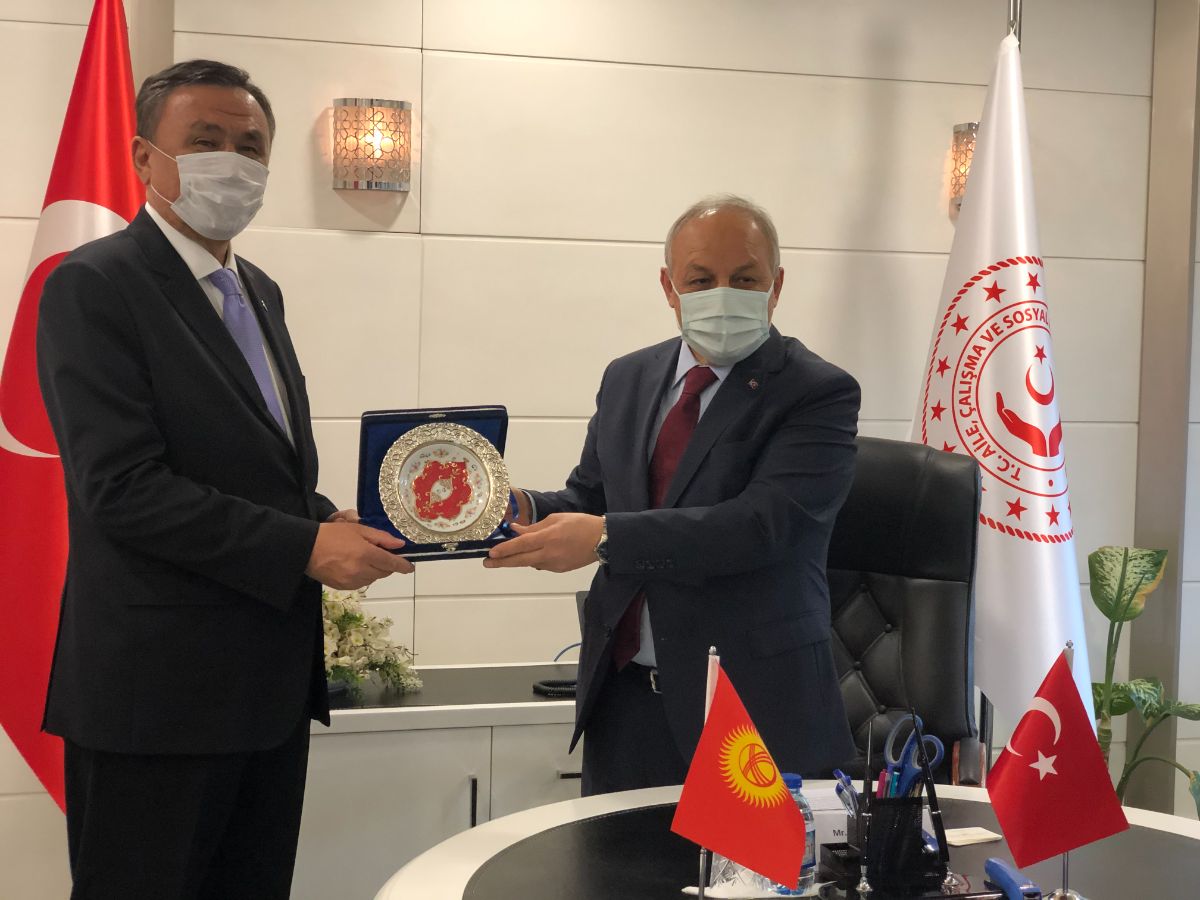 On January 26, 2021, the Ambassador of the Kyrgyz Republic to Turkey Mr. Kubanychbek Omuraliev met with the Deputy Minister for Family, Labor and Social Services Mr. Ahmet Erdem.

During the meeting, Ambassador Omuraliev discussed issues of protecting the rights and interests of citizens of the Kyrgyz Republic in Turkey. Ambassador Omuraliev suggested considering the possibility of Kyrgyz citizens applying for work permits directly in Turkey. In particular, citizens who have expired or failed to submit documents for a residence permit on time, as well as those who arrived in Turkey under the visa-free regime for further employment.

Deputy minister Erdem said that due to the pandemic, foreign citizens, incl. citizens of the Kyrgyz Republic are supported in their legal stay in the territory of Turkey and noted that the Turkish side has decided to renew the issuance of a residence permit to foreign citizens who have delayed their registration in the period of the pandemic. He also expressed his readiness, jointly with the Ministry of Internal Affairs of Turkey, to consider the issue of Kyrgyz citizens applying for work permits directly on the territory of Turkey.

The parties also discussed the practical implementation of the Social Security Agreement between the Governments of the Kyrgyz Republic and the Republic of Turkey, which allows citizens of the two countries who work on a legal basis and pay insurance premiums to receive pensions and benefits both in Kyrgyzstan and Turkey.