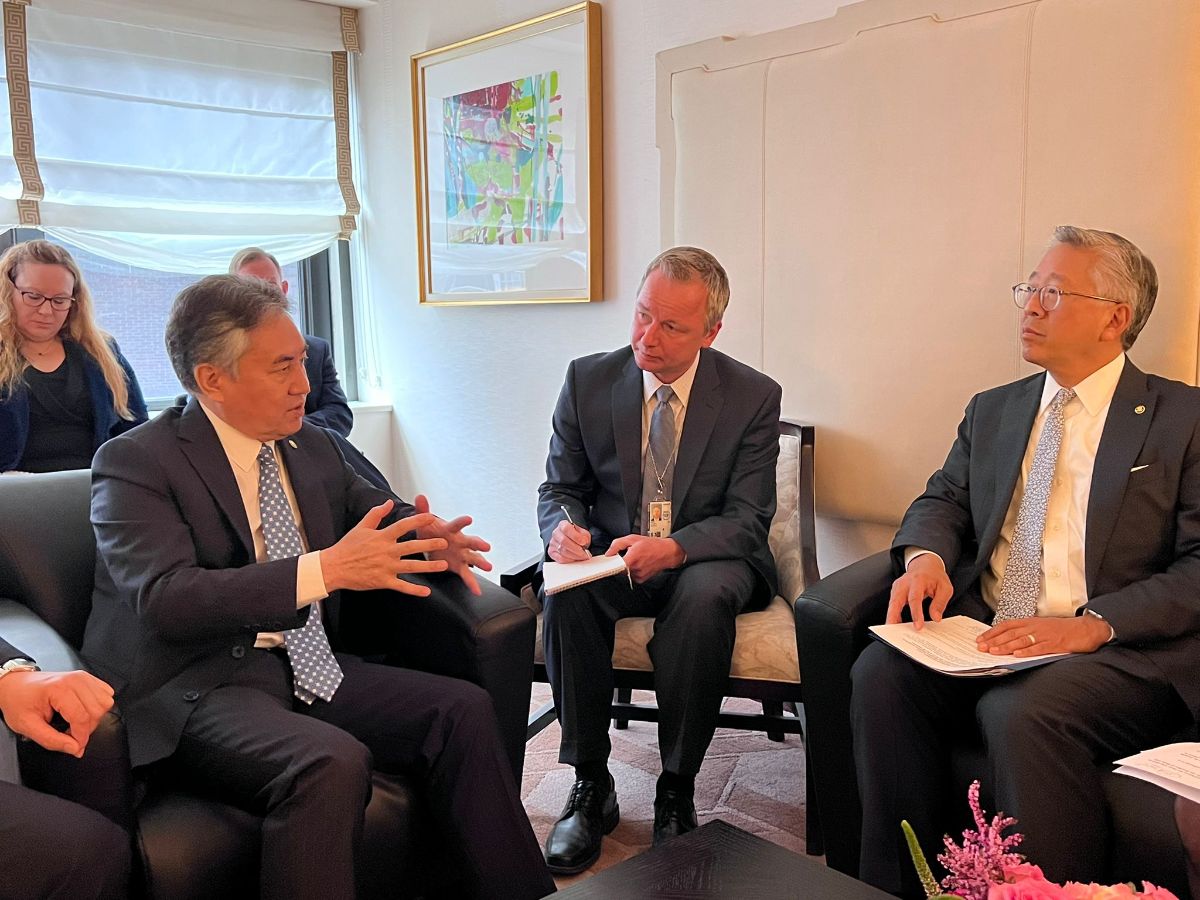 On September 22, 2022, in New York, Minister of Foreign Affairs of the Kyrgyz Republic Zheenbek Kulubaev met with US Assistant Secretary of State Donald Lu.

The parties discussed in detail the current agenda of bilateral relations between Kyrgyzstan and the United States, as well as interaction on regional and international issues.

Minister Zh. Kulubaev noted the need to strengthen practical cooperation with an emphasis on trade and economic cooperation both on a bilateral basis and within the framework of regional cooperation, importance of implementing specific and significant projects of common interest on a regional scale was noted as well.

The parties highly appreciated the results of the ministerial meeting in the C5 + 1 format, emphasizing the importance of maintaining and strengthening this dialogue platform with an intention of shifting to a practical form of interaction. Minister Zh. Kulubaev welcomed the decision of the United States to allocate 25 million US dollars as a new economic initiative aimed at increasing the potential of the countries of Central Asia.

As important steps to ensure economic security in the current environment, the parties expressed their readiness to intensify mutual consultations on minimizing the negative impact of international sanctions on the economy of Kyrgyzstan.

During the meeting, Minister Zh. Kulubaev provided detailed information on the armed events that took place on the Kyrgyz-Tajik border.

US Assistant Secretary of State D. Lu expressed readiness to continue to provide all possible assistance in expanding and strengthening bilateral cooperation. At the same time, the American diplomat expressed serious concern about the growing tensions in the border areas, noting the importance of maintaining peace and stability for the United States and the entire world community.