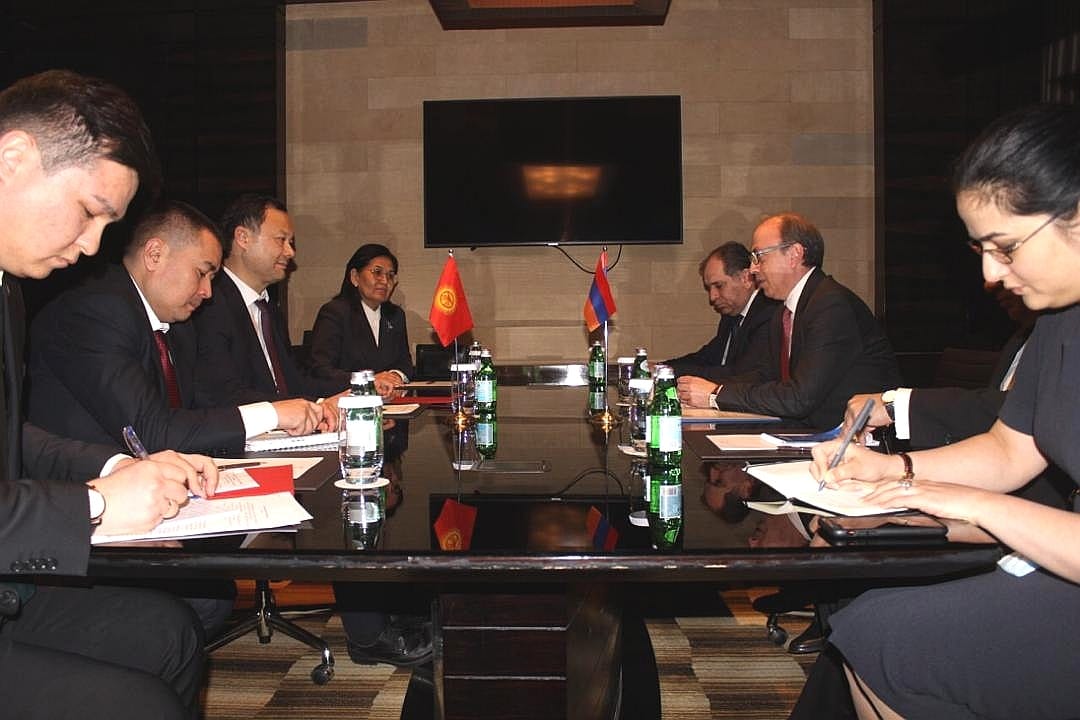 On 2 April 2021, Minister of Foreign Affairs of the Kyrgyz Republic HE Mr. Ruslan Kazakbaev held a bilateral meeting with Minister of Foreign Affairs of the Republic of Armenia Ara Ayvazyan on the margins of the CIS Ministerial Meeting.
At the meeting the ministers have discussed the current state and prospects of the Kyrgyz-Armenian relations, the upcoming contacts at the high and highest levels, as well as joint events to be held this year including the second political consultations chaired by deputy foreign ministers of both countries.
A thorough exchange of views took place on topical international affairs, including interaction between the Kyrgyz Republic and the Republic of Armenia primarily within the framework of UN,CIC, EAEU and CSTO.
The parties reaffirmed their mutual commitment to building up cooperation on the entire spectrum of issues of mutual interest.