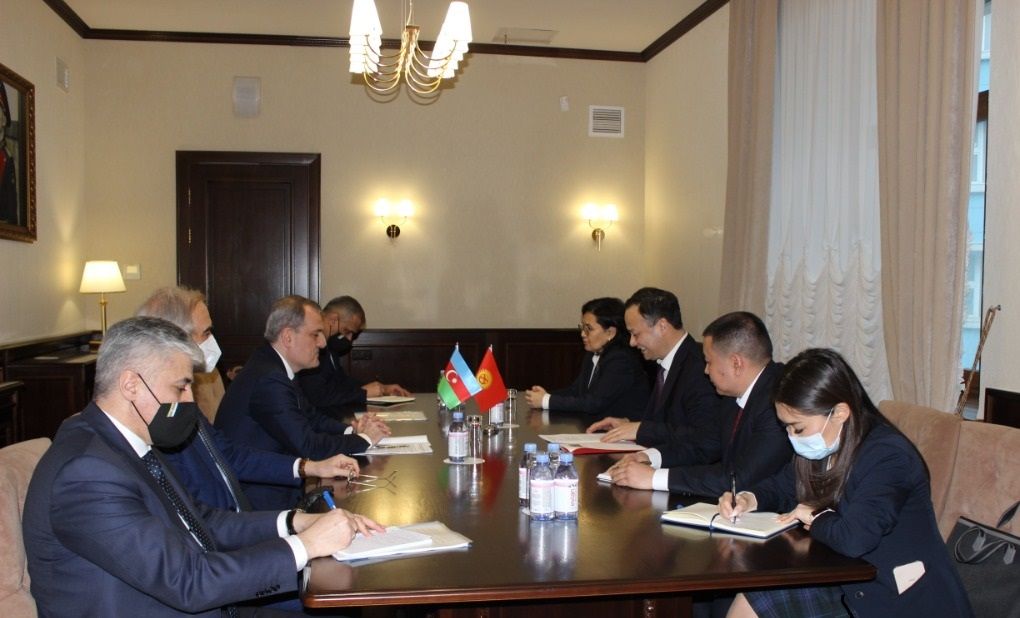 On 2 April 2021, Minister of Foreign Affairs of the Kyrgyz Republic HE Mr. Ruslan Kazakbaev held a bilateral meeting with Minister of Foreign Affairs of the Republic of Azerbaijan HE Mr. Jeyhun Bayramov on the margins of the CIS Ministerial Meeting.
During the talks, the parties thoroughly discussed the development of bilateral relations, including the upcoming political contacts and mutual visits at the highest and high levels.

To further build up interaction between the two foreign ministries the parties agreed to hold the first inter-ministerial video conference consultations at the level of deputy ministers in the nearest future.
Мutual commitment to further facilitate bilateral cooperation, in particular, through implementation of specific projects in the socio-economic sphere have been voiced. Special attention was paid to the projects on building the Kyrgyzstan-Azerbaijan Friendship Park and the Heydar Aliyev Secondary School in Bishkek to be completed by the dates of official visit of the President of the Republic of Azerbaijan HE Mr. Ilham Aliyev to Kyrgyzstan.
Ministers have also exchanged views on key international and regional issues, in particular, within the framework of the Turkic Council.