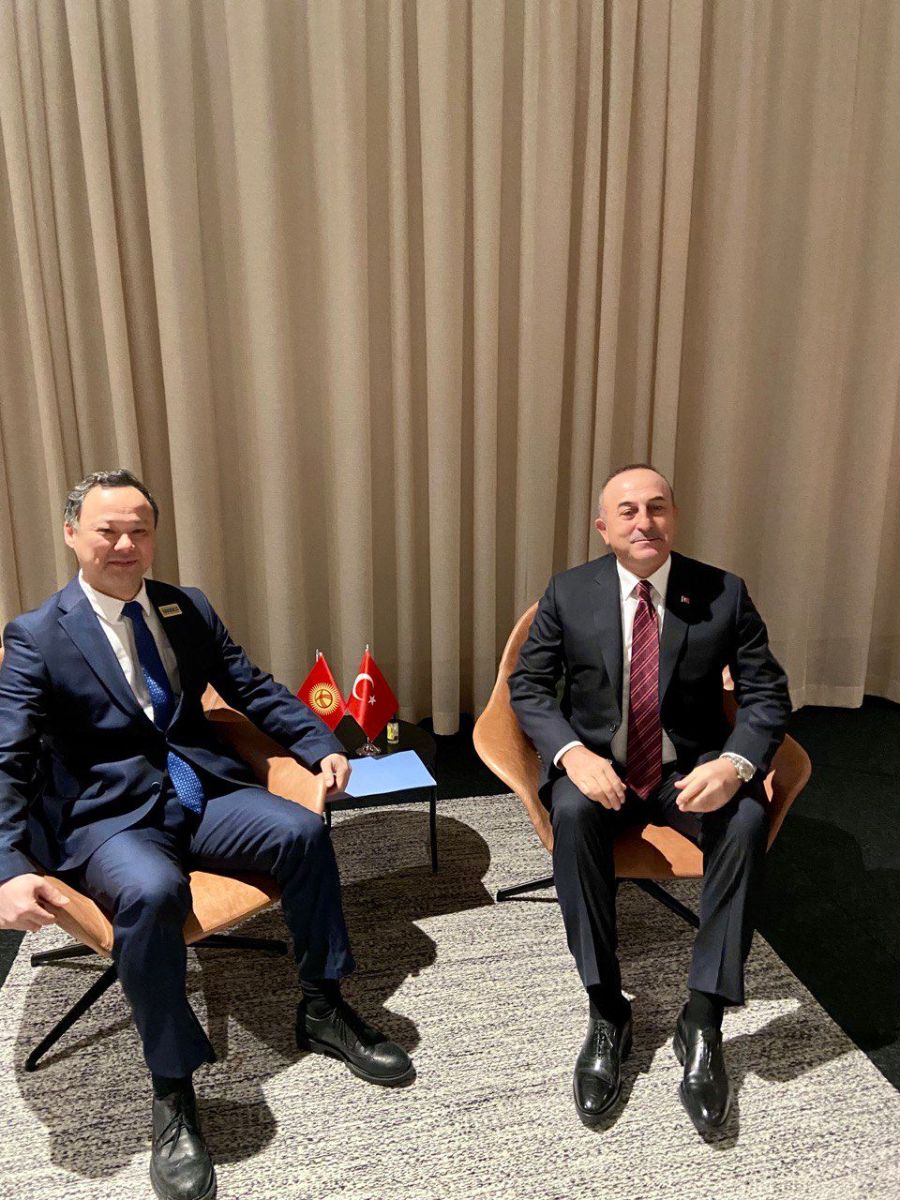 An exchange of views took place on topical issues of bilateral cooperation in the political, trade, economic, cultural and humanitarian spheres, as well as the issues of implementation of the results of the bilateral meeting of the heads of state of Kyrgyzstan and Turkey in Istanbul on November 12, 2021.

Special emphasis was placed on enhancing priority areas of cooperation, as well as taking measures to strengthen and develop Kyrgyz-Turkish cooperation. R. Kazakbaev noted the importance of full implementation of the previously reached agreements. Issues of interaction within the OSCE and the UN, as well as mutual support of candidates for elected bodies of the Organization of Turkic States, including such an important organization as TURKSOY were discussed.

In the light of the upcoming 30th anniversary of the establishment of diplomatic relations between the Kyrgyz Republic and the Republic of Turkey, the parties also considered the schedule of upcoming events and discussed planned visits and meetings at the highest and high levels.