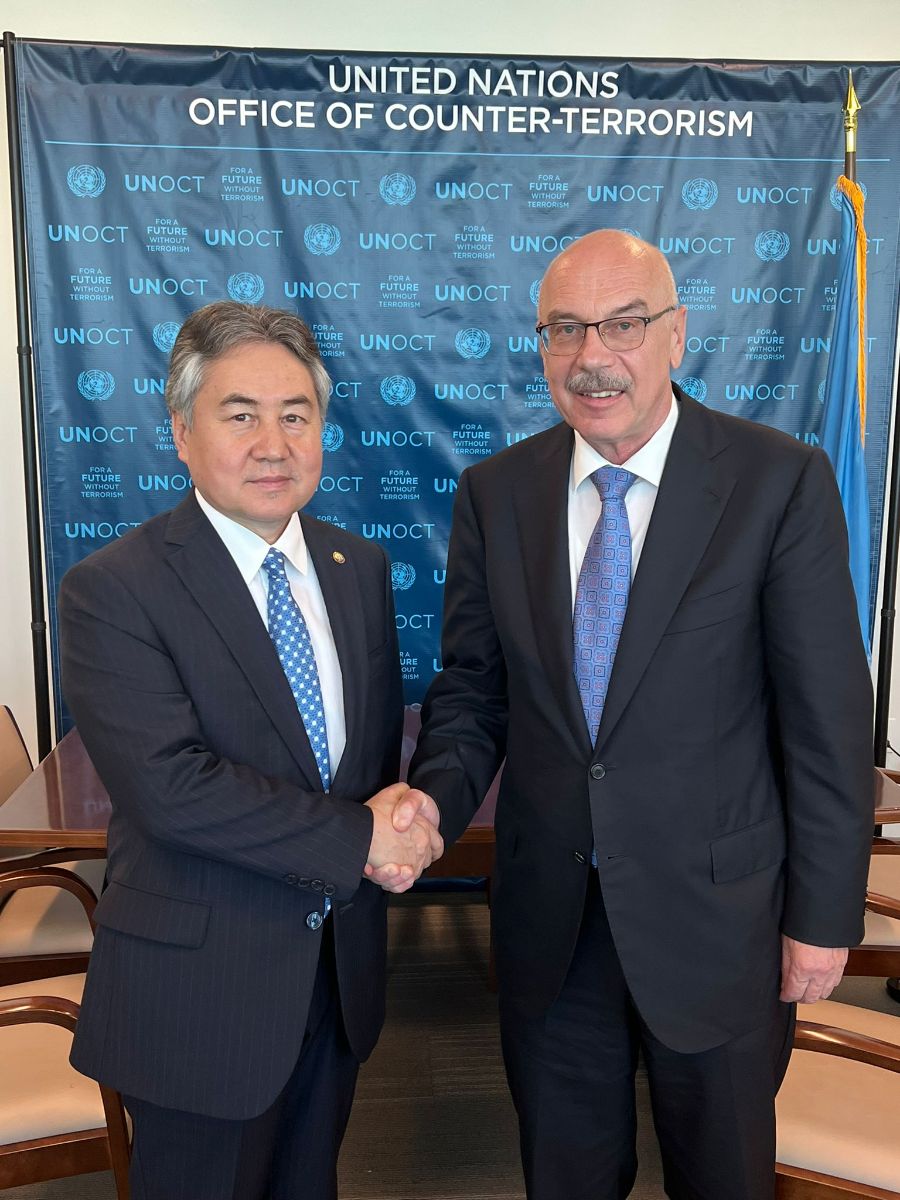 On September 22, 2022 Minister of Foreign Affairs of the Kyrgyz Republic Zheenbek Kulubaev met with Under Secretary-General of the United Nations Counter-Terrorism Office (UNCTO) Vladimir Voronkov. The meeting took place during the participation of delegation of the Kyrgyz Republic in the 77th session of UN General Assembly.

Also the issues of progams and projects implementation in Kyrgyzstan by UNCTO were discussed. The parties noted with satisfaction the adoption of updated Joint Plan of Action for the Implementation of the United Nations Global Counter Terrorism Strategy in Central Asia. In addition, they noted the recent expert consultations for experts of the Kyrgyz public bodies during which presentations of the UNCTO programs on counter-terrorism and counter-extremism which would be interesting for the Kyrgyz Republic.

In conclusion Minister Zheenbek Kulubaev invited the UNCTO Head Vladimir Voronkov to visit Kyrgyzstan in any time suitable for him in order to discuss in details the counter-terrorism cooperation. Also he noted the importance of further presence of the Office representative in the region.