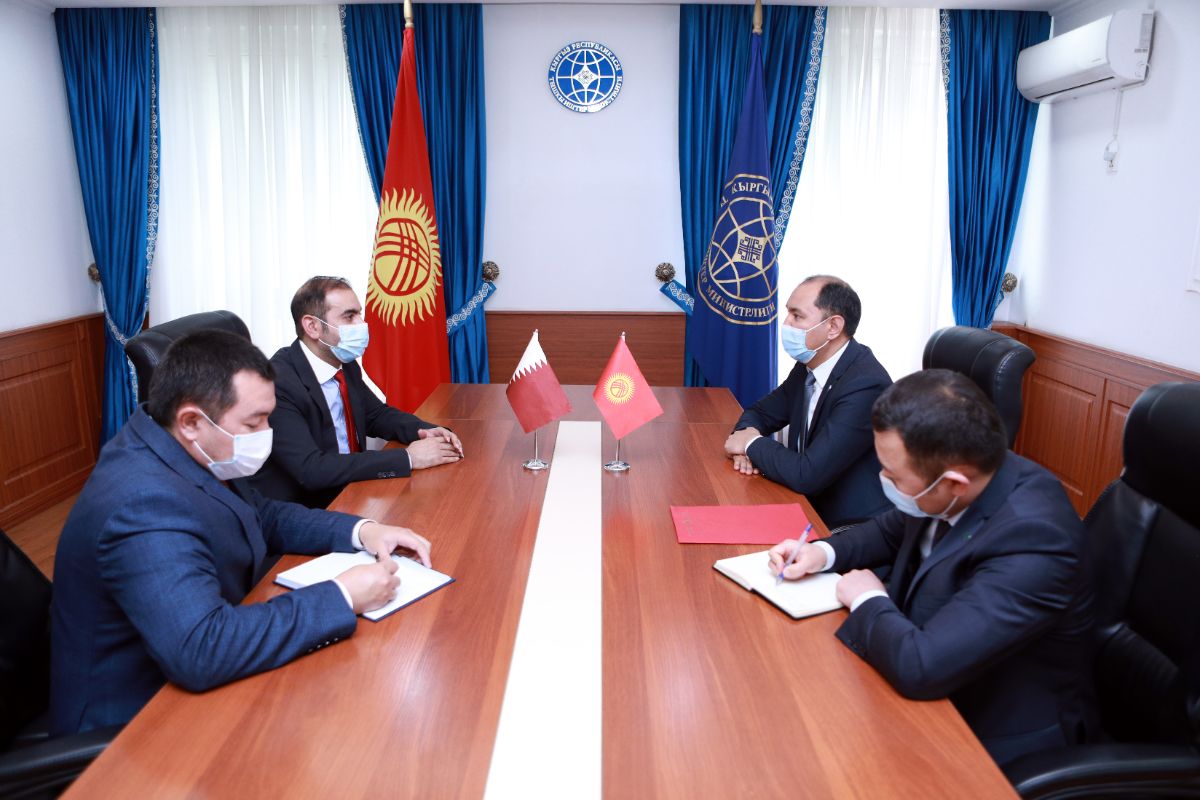 During the meeting, the parties discussed currents issues of the Kyrgyz-Qatari cooperation and further steps for the practical implementation of agreements, reached during telephone conversation between H.E. Mr. Sadyr Zhaparov, President of the Kyrgyz Republic, and H.H/ Sheikh Tamim bin Hamad Al Thani, Amir of the State of Qatar, which was organized on May 3, 2021.

The First Deputy Minister informed the Qatari side of the tragic events that took place on the Kyrgyz-Tajik border, as well as the details of the agreements reached at the highest and high levels between the Kyrgyz Republic and the Republic of Tajikistan.

Mr. Niyazaliev expressed gratitude to the Qatari side for humanitarian assistance, provided to the injured in the Batken region of the Kyrgyz Republic.