А – А А +
Обычная версия
Скрыть
Main / Press-service / Новости / On 6th May 2019, the Ambassador Extraordinary and Plenipotentiary of the Kyrgyz Republic Asein Isaev met with the Minister of Civil Aviation and Commerce and Industry of India Suresh Prabhu at the Ministry of Civil Aviation of India 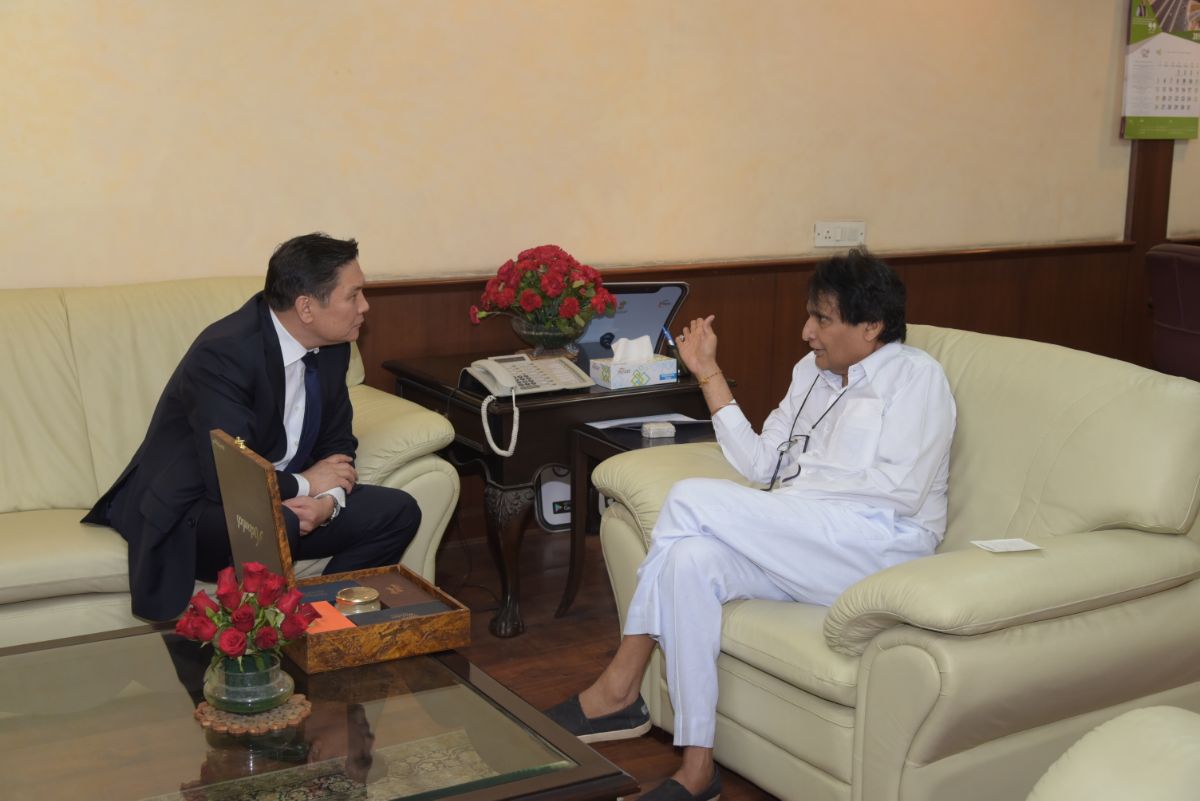 During the meeting, the parties discussed the issue of opening additional air flight between the two countries, taking into account the intensification of bilateral relations and increased mutual tourist, business and cultural purpose travels.

Two sides examined various possibilities of organizing air connectivity, including the involvement of Indian airlines and the preferential system from the Kyrgyz side.

Also Ambassador Asein Isaev and Minister Suresh Prabhu noted the need to expand trade and economic cooperation and discussed the possibility of introducing Kyrgyz products to the Indian market. Among the domestic products, Kyrgyz dried fruits, honey and ghee were announced to the Ministry of Commerce and Industry of India for the consideration.

At the end of the meeting, the parties agreed to hold bilateral meetings at the level of responsible employees to take further actions to work out the issues of opening a direct flight and bringing Kyrgyz products to the Indian market.