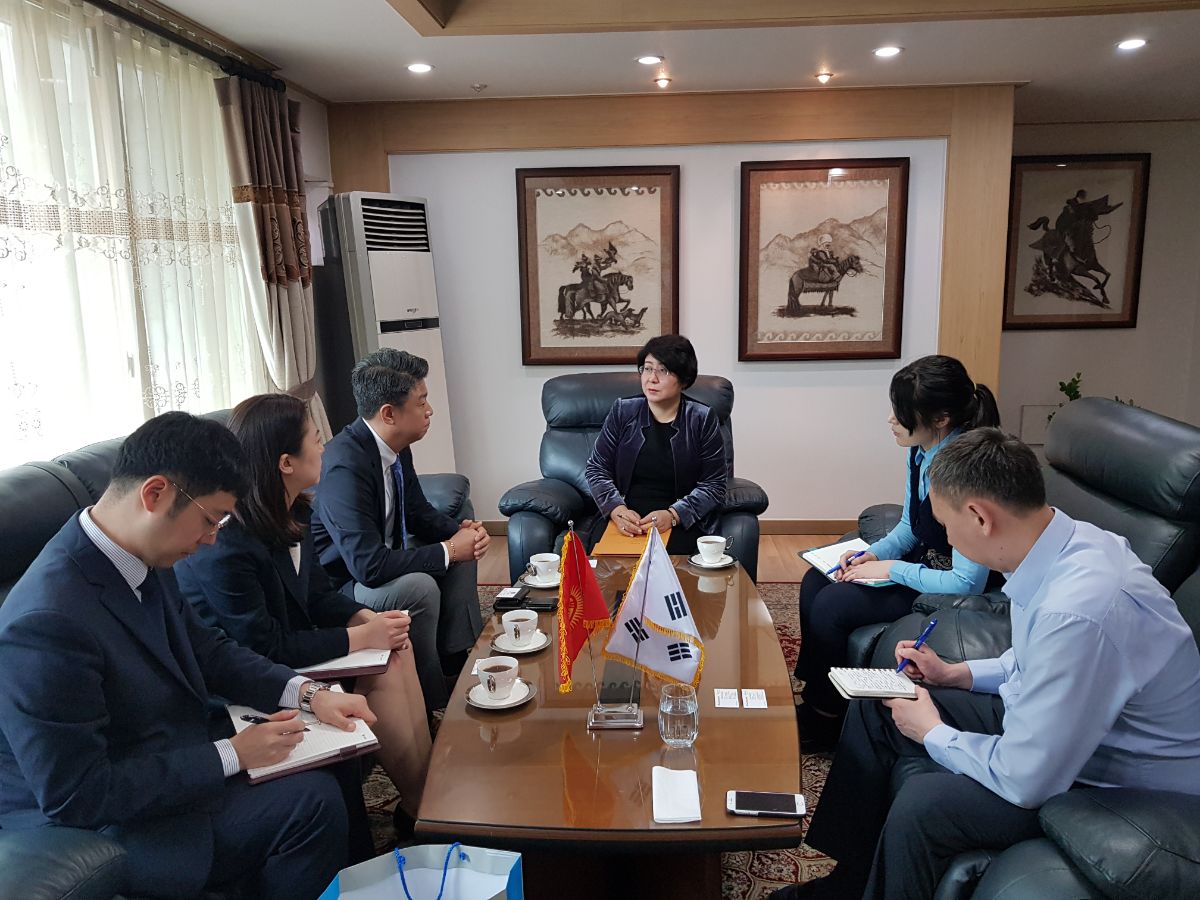 On April 30, 2019 Ambassador Extraordinary and Plenipotentiary of the Kyrgyz Republic to the Republic of Korea Dinara Kemelova received the Korean Economic Development Cooperation Fund (EDCF) delegation led by the Director of Operations Department Chang Younsoo.

During the meeting, the parties discussed the possibility of implementing social-significant and infrastructure projects of the Kyrgyz Republic, which previously had been approved by the Government of the Republic of Korea in the amount of $100 million based on soft loans. The parties also discussed the preparation of the upcoming visit of the EDCF Mission to Bishkek that will take in the middle of the May of this year to hold negotiations on the selection of priority projects for the Kyrgyz Republic.