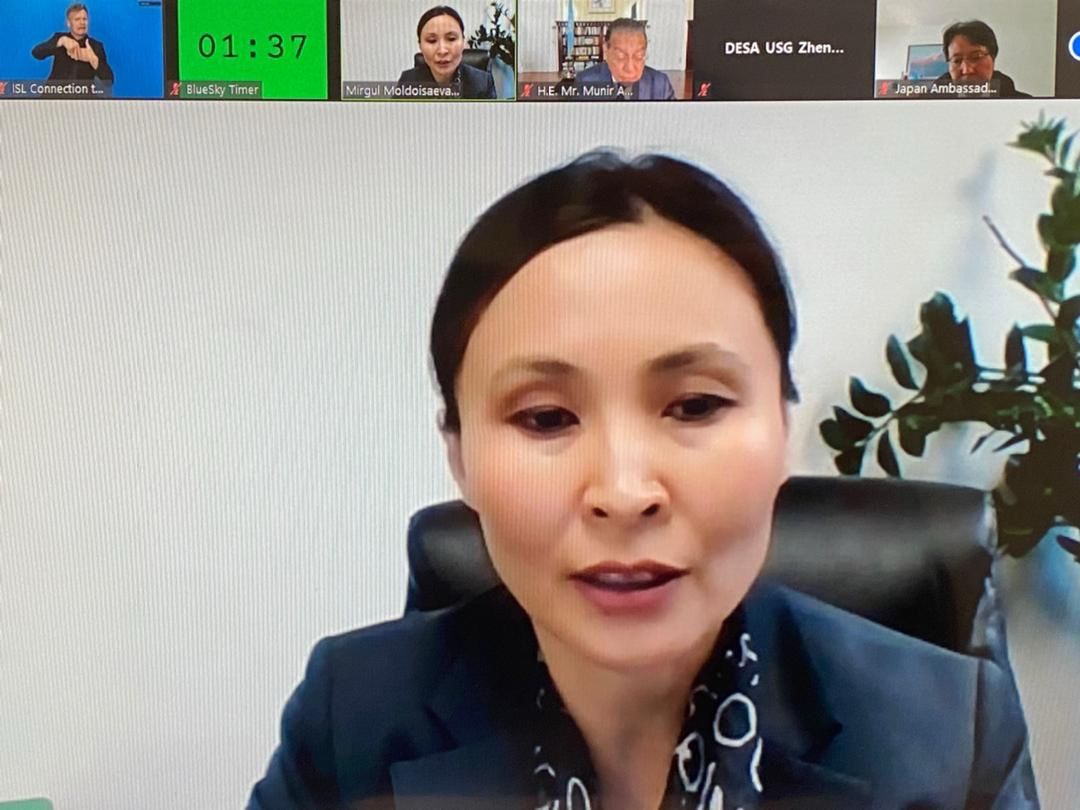 On July 16, 2021, Mirgul Moldoisaeva, Permanent Representative of the Kyrgyz Republic to the UN took part in the High-Level Segment of ECOSOC “Strengthening ECOSOC at its 75th anniversary for sustainable and resilient recovery from the COVID-19 and advancing the 2030 Agenda”, which took place within the framework of the closure of the Political Forum on Sustainable Development.

In her speech, the Permanent Representative briefly informed about the priority areas of the country to achieve the Sustainable Development Goals, as well as measures taken by the Government of the Kyrgyz Republic to restore economic development in the context of a pandemic. It was noted that despite the current situation, the Government managed to ensure the timely fulfillment of all planned government obligations on social protection and pensions, and appropriate measures were taken to reduce the negative impact of COVID-19 on the national economy. She also said that the Government taking measures to accelerate the rate of vaccination, realizing the consequences of this situation, both for the economy and the population's health.

The Kyrgyz side also drew the participants' attention to the development of mountainous countries, biodiversity and climate change. In addition, the Permanent Mission of the Kyrgyz Republic to the UNorganized a side event entitled “Towards Sustainable and Resilient Recovery in the Mountains”.

The High-level Political Forum on Sustainable Development under the auspices of ECOSOC was held in New York from 6 to 16 July 2021. During the two weeks, ministerial panel discussions, presentations of 42 states of their National Voluntary Reviews on the implementation of the SDGs and side events took place.

Deputy Minister of Economy and Finance of the Kyrgyz Republic A. Sharsheev also took part in the general debates of the Forum in a virtual format. In his speech drew attention to important areas of development of the country's economy such as digitalization and tourism.