А – А А +
Обычная версия
Скрыть
Main / Press-service / Новости / Permanent Representative of the Kyrgyz Republic to international organizations in Vienna Mr. Bakyt Dzhusupov met with the Executive Director of the UN Office on Drugs and Crime, as well as the Director General of the UN Office in Vienna, Mrs. Ghada Fathi Waly 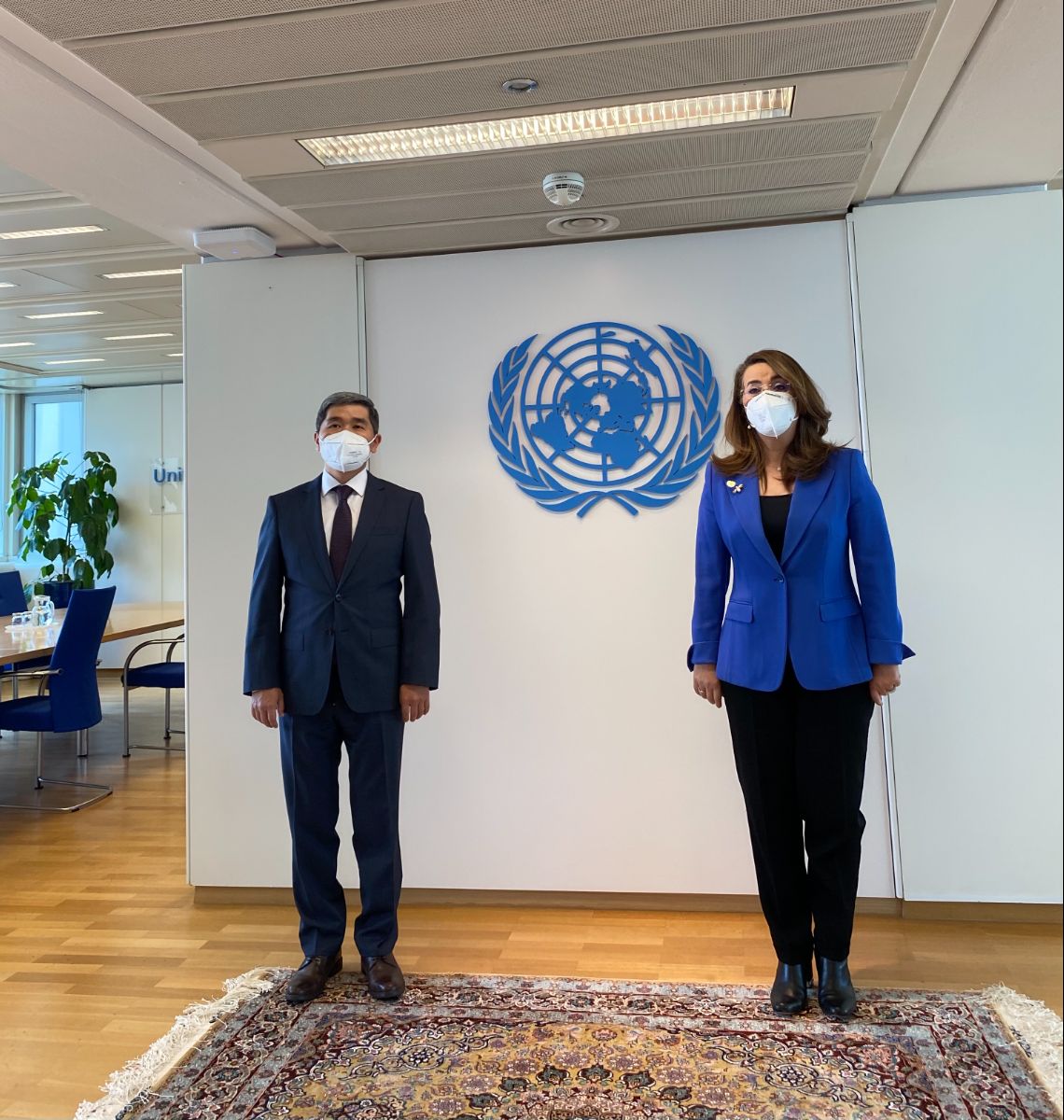 She congratulated the Kyrgyz Republic on its successes in the fight against drug trafficking, in particular, the seizure of more than ten tons of controlled substances with a two-month period, including more than nine tons of cannabis.

In turn, Permanent Representative Bakyt Dzhusupov thanked Executive Director Ghada Waly for the assistance provided to the Kyrgyz Republic by the UNODC Regional and Program Offices, in particular during the development of the COVID-19 pandemic. Welcomed the adoption of the UNODC Strategy 2021-2025, which aims to advance UNODC's core mission of promoting a global peace and security free of drugs, crime, corruption and terrorism.